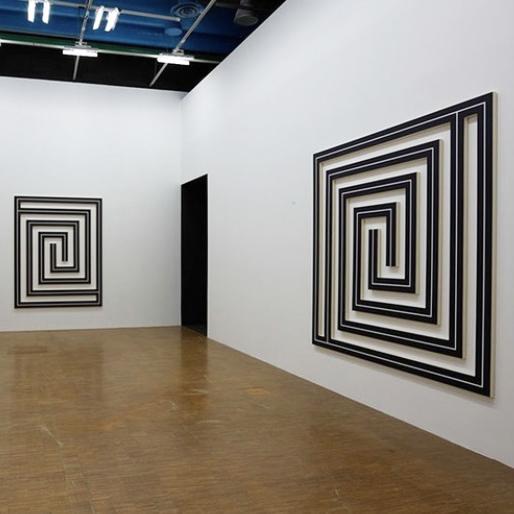 Established in 2000 to showcase the vibrancy of the French art scene, the Marcel Duchamp Prize rewards and promotes the most representative artists of their generation internationally. For its 22nd edition, four artists have been recognised: Giulia Andreani, whose practice is based on historical narratives; Iván Argote, who rethinks public space through a radical lens; Mimosa Echard, who puts forward a unique union between the living and the non-living; and Philippe Decrauzat, whose work establishes a critical relationship with the history of modernism.

Philippe Decrauzat
Philippe Decrauzat’s paintings and films establish a critical relationship with the history of modernism, by creating a visual and reference-based game using certain perceptive strategies from historic avant-garde and experimental practices, expanding his sources to areas as diverse as graphic design, music and science fiction. His work mobilises optical phenomena that question the author just as much as the state of the image. The complex relationship to time and space – which has become dilated, compressed or cyclical – thereby disrupts apprehension. For the Marcel Duchamp Prize, Philippe Decrauzat offers two separate, complementary spaces. Shaped canvases and a cinematographic “loop” convey the body’s spatio-temporal experience in the exhibition.