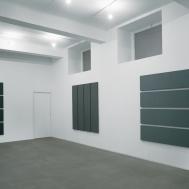 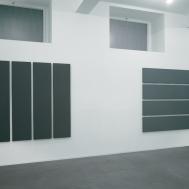 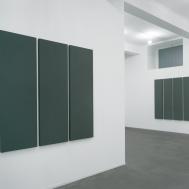 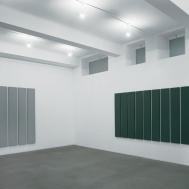 A arte Studio Invernizzi gallery presented on Thursday 1 March 2007, a solo exhibition of the  English artist Alan Charlton.
The exhibition has been conceived by the artist in direct connection with the space of the gallery, once again articulating his constant space-time meditation in an environmental dimension.
“There is a constant and evident element that recurs in every example of Alan Charlton’s output: the clarity with which his work presents itself, both in its expressive coherence and in relation to its setting. This clarity can be seen as the result of the interaction of two fundamental components that have characterized Charlton’s creative activity since his earliest works: the purity of the image, a presence that is at the same time strong in itself and opened to stimuli of various origin, and the exercise of an artistic practice that is constantly acting on the situation through modalities of precision.
Purity in Charlton’s work becomes the practice of equilibrium; it is the conscious assumption of the active responsibility inherent in each single creative event as the free intentionality of a new image”.
On the occasion of the exhibition a catalogue displaying the exhibition, containing a poem by Carlo Invernizzi and bio-bibliographical notes, has been published.