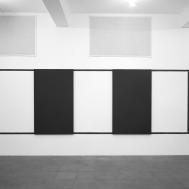 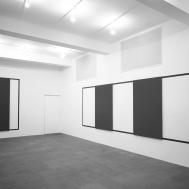 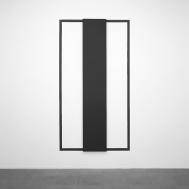 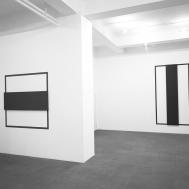 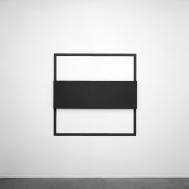 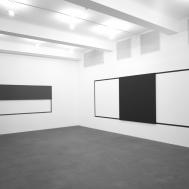 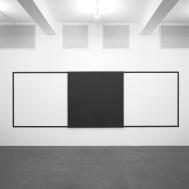 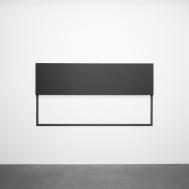 On Thursday 12 December 2002, A arte Studio Invernizzi presented a solo exhibition of Alan Charlton. The work Alan Charlton has conceived for A arte Studio Invernizzi modifies the gallery itself, articulating the artist's constant space-time meditation in an environmental dimension.
“There is a constant and evident element that recurs in every example of Alan Charlton’s output: the clarity with which his work presents itself, both in its expressive coherence and in relation to its setting. This clarity can be seen as the result of the interaction of two fundamental components that have characterized Charlton’s creative activity since his earliest works: the purity of the image, a presence that is at the same time strong in itself and open to stimuli of various origin, and the exercise of an artistic practice that is constantly acting on the situation through modalities of precision.
In the encounter with Charlton’s works, there is, in fact, the perception of the inevitability of the intervention, the absolute compenetration of the image with the process that conceived and generated it, with its position and with its own materiality. At the same time, the continuous dialectic between object and image - and between matter and vision - that emerges from his works reveals itself to be tension that is resolved on each occasion in an unexpected way with the discovery of spatial-temporal forms that appear as images of purity.
Purity in Charlton’s work becomes the practice of equilibrium; it is the conscious assumption of the active responsibility inherent in each single creative event as the free intentionality of a new image” Francesca Pola writes in her essay for the show, in the bilingual catalogue that has been published on the occasion of the exhibition, including also images of the works on display and bio-bibliographical notes.