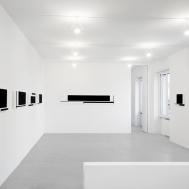 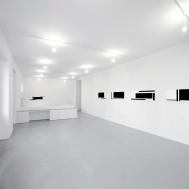 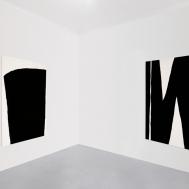 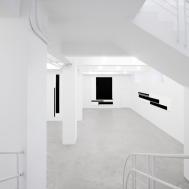 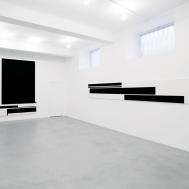 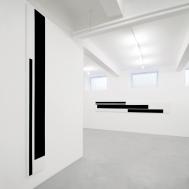 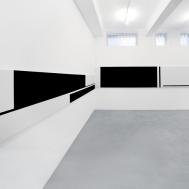 On Thursday 17 February at 6.30 pm a solo exhibition devoted to the artist Bruno Querci will open at A arte Studio Invernizzi. Designed to relate directly with the exhibition space, 17 works from the new “Infinitotraccia” cycle will be on show.
“The surfaces painted in black and white by Bruno Querci”, writes Bruno Corà, “reveal all their radicalism and essentialism to the viewer. The fact that they are in themselves an accomplished episode of a perceptive experience can immediately be seen in their evident search for spatial balance, and in their dramatic limpidity, which enters a dimension that not only resides within the paintings themselves but that also captivates the white walls of the premises and the entire space that also surrounds the visitors themselves.
But Querci and his work, which I have been following for years, ever since we first met in his Prato studio, require longer and more attentive observation, for it is only through time spent with these works - a time that I would refer to as extended, inter-relational, and active - that it is possible to discern the other latent levels in his painting. Levels where voids, projections and convexities await those capable of capturing and extracting contrasts from their dynamism. This can and indeed does takes place, for in his creation of antinomy given visual form by the black and white of the canvas, Querci always seeks to achieve a self-apparent image and not simply to perform an achromatic exercise. Like Lo Savio before him, he boldly ventures into the same extreme polar latitudes of Space-Light in order ‘to master the new infinity that is waiting to be expressed’, as the artist himself states.
(...) Querci’s is always a form of painting on the borderline, never interested in going beyond it in search of the uniqueness of a single figure but rather on a quest to find the essence of all possible figures. Together with few other contemporary Italian artists, Querci occupies an original position in the world of research into all the various painting processes that are not mimetically representative.”

A bilingual catalogue of the exhibition has been published with an introductory essay by Bruno Corà, an interview with the artist by Chiara Mari, a poem by Carlo Invernizzi, reproductions of the works on show in the gallery, and up-to-date biographical and bibliographical notes.