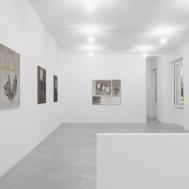 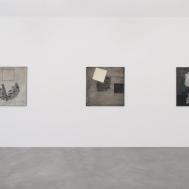 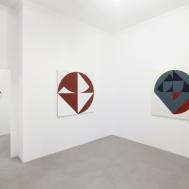 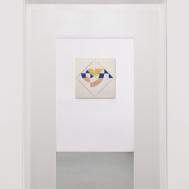 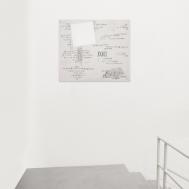 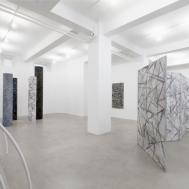 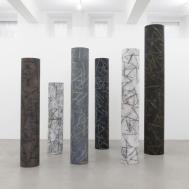 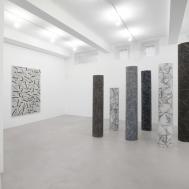 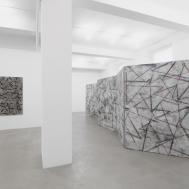 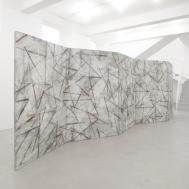 The A arte Invernizzi gallery opened on Wednesday 7 February 2018 a solo exhibition by Carlo Ciussi, with works from the 1960s and 1970s in an interesting dialogue with those of the 1990s. The exhibition highlighted the key aspects of his artistic research, showing how they persist, while constantly being renewed.

As Francesca Pola writes: “Carlo Ciussi interpreted art as the active vision of the world and as the physicalness of a thought that accepted neither any kind of neutrality of content nor decorativeness but proposed itself as the possible positive vision of reality, constantly recreating new spaces of human expression. It is by way of this paradox that his work lives, intentionally ideated to elude being categorized in accordance with current schemes or preestablished canons, instead being the inexorable and inexhaustive transformation of the universe giving body to thought as action that interprets the world. Without describing it but in order to recreate it in an incessant becoming that uninterruptedly moves forward from existence itself. (…) It is in this density of the image which visualizes man's state of mind not simply as rational result but as biological-evolutive complexity of our imagining and building civilizations that one finds the most evident continuity of Ciussi's creativity. In his work the palpitation of the signs and the scansions of space are the very structure of reality in an intentional coinciding of microcosm and macrocosm for which the image is both fragment and threshold of the infinite becoming of the universe”.

In the works from the second half of the 1960s, which are shown on the first floor of the gallery, the artist uses the intertwining of primary geometrical elements to suggest the forms of the circle and the square, following trajectories that only partly occupy the space of the canvas. In other works, made in the years immediately after, the same forms are developed in depth, overlapping in different areas of colour, and eventually merging one into the other. In this overall view, it is the use that Carlo Ciussi makes of colour that becomes a key element to understanding his work for, by giving it rhythm, the colours bring about an equilibrium in the structure of the image.
In the 1990s, this geometry is an inherent part of the colour, which changes while remaining ever faithful to itself, and it breaks away across the whole surface to create a single uninterrupted whole. Three-dimensional works such as Colonne and Struttura a cinque elementi (210x700 cm), the surfaces of which are crossed by a multitude of interweaving and overlapping broken straight lines, rise up in the space of the lower floor. They are redefined by a more pronounced form of tangibility, even more evidently intensifying their interaction with the architectural setting around them.

On the occasion of the exhibition a book has been published, with illustrations of the works on display, an essay by Francesca Pola, a poem by Carlo Invernizzi and updated bio-bibliographical notes.