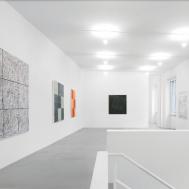 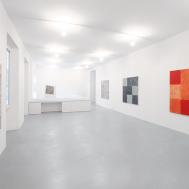 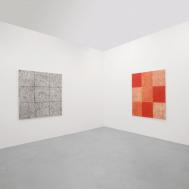 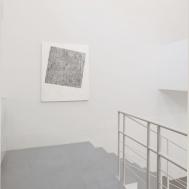 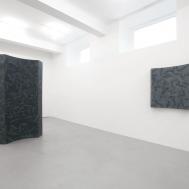 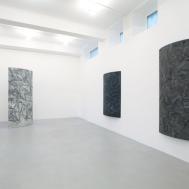 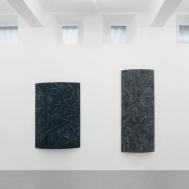 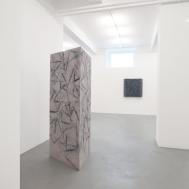 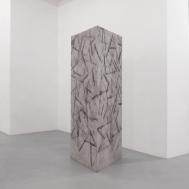 The A arte Studio Invernizzi gallery opened on Tuesday 12 March 2013 at 6.30 p.m. a solo exhibition devoted to the artist Carlo Ciussi.
It follows the anthological exhibition held at the Musei Civici in Udine in 2011 on the occasion of the opening of the new exhibition spaces of the Galleria d'Arte Moderna di Udine 'Casa Cavazzini' and the exhibition held in the same year at the Fondazione Abbazia di Rosazzo which presented works belonging to the last decade of the artist's activity. In this exhibition, held a year after the artist's death, the upper floor of the gallery exhibited the works which Carlo Ciussi created during 2011 especially for the exhibition that was to be held in September 2012. The second room of the same floor will present works that are representative of the 1960s and that by way of the repetition of square and rectangular geometrical modules give rhythm to the space of the surface.
The rooms of the lower floor housed instead three-dimensional works belonging to the middle of the 1990s whose surfaces, crossed by a multiplicity of lines which interlace and are superimposed, open themselves to and interact with the architectural space of the gallery.

As Massimo Donà writes: "His work in fact has this characteristic: that every time you go back to its specific manifestations it makes you start out from the beginning. In other words, it puts you on a par with its extraordinary source of power. Because this is what Carlo Ciussi always tried to do: to draw the zero point of the world. As far as possible approaching that beginning which no longer permits any kind of reference, any tradition from which to start out again and therefore no model to imitate and even less so to go beyond, let alone cancel.
[...] It was an original alphabet; to set up, to regulate and construct for a world to come about of which nothing can as yet be known. Of intoning a really new song which no one can as yet have harmonised and not even sung.
The task was to set up a system of signs that was not yet organised. To carry out trapeze acrobatics without a net. To attempt, that is, the impossible. And to learn an unknown language which we shall never learn, moreover, precisely because unknown. A language that the artist could try at the most to give rhythm to, only just making it forebodable, so as to render it 'imaginable', if nothing else. In so far as it's a language of what we don't know, and never shall".

On the occasion of the exhibition a bilingual catalogue has been published with reproductions of the works on show, an introductory essay by Massimo Donà, a poem by Carlo Invernizzi and an up-to-date biographical and bibliographical notes.