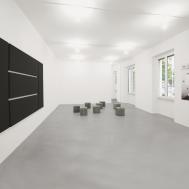 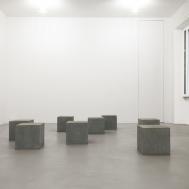 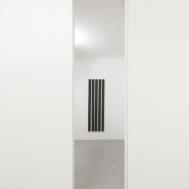 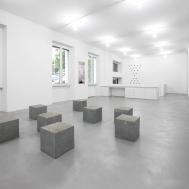 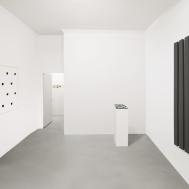 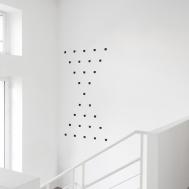 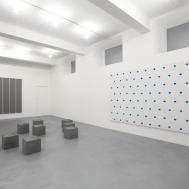 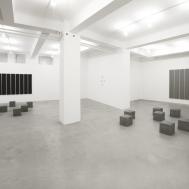 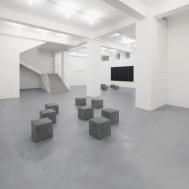 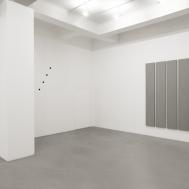 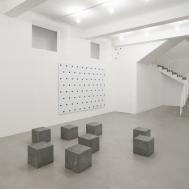 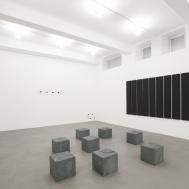 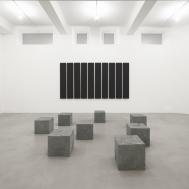 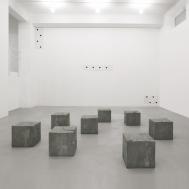 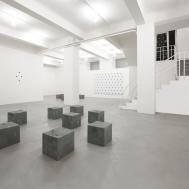 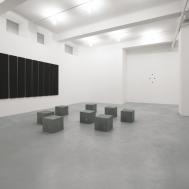 On Tuesday 13 December 2011 a new exhibition opened at A arte Studio Invernizzi. Created specifically for the premises, works by Alan Charlton, Ulrich Rückriem and Niele Toroni will interact in a close creative dialogue.
Each with their own very personal identity, the three artists have interpreted the architecture and the disposition of masses in the gallery, not by taking one room each, but by interacting in the various spaces, thus creating a unique itinerary of analogy and diversity.
Charlton, Rückriem and Toroni are leading exponents of a contemporary creative current that, ever since the late 1960s, has focused on the idea of a significant reduction in visual language.
In an essential creative process, their works form unique new “trajectories of equilibrium”, combining the formative intentionality of the work with the dynamic, active dimension of its spatial relationships.
Even though they are all highly individual, their expressive formulas reveal some fundamental parallels, which form the hub around which this exhibition revolves. In their transformation of a profoundly radical poetic vision, these artists share a need for essentiality and for an elementary artistic action that emerges through minimal gestures: grey painting in the case Charlton, stone sculpture as the ordering of matter for Rückriem, and the impression left by the brush for Toroni. This appears in their work in the form of a rarefaction of expression that strives to achieve the greatest density and concentration of meaning by adopting mechanisms that gradually involve the space around them. Their works form a fundamental bond with the spatial realm in which they find themselves: a relationship which is made explicit also by the artists’ choice of a modular approach, which is constantly adopted and contradicted in their works, as a hypothesis for a possible direction that is always highly original.
Three different visual languages come together in each room of the exhibition, not just in the creative autonomy of their own constantly innovative identities, but especially in the intentional interaction of their artistic output. At least two are shown together in each room, adopting a conceptual principle that starts out from a direct, responsive relationship with the dynamic shape of the space.
On the occasion of the exhibition a bilingual catalogue has been published with an introductory essay by Francesca Pola, a poem by Carlo Invernizzi, reproductions of the works on show in the gallery and up-to-date biographical notes.