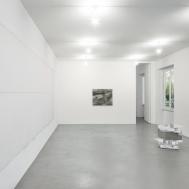 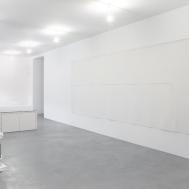 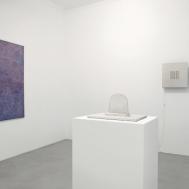 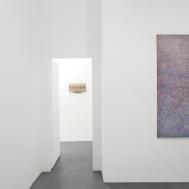 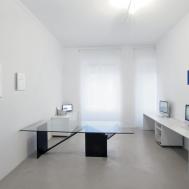 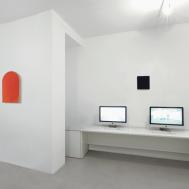 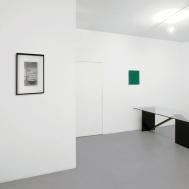 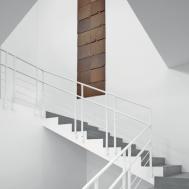 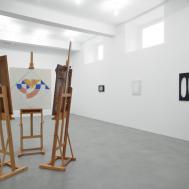 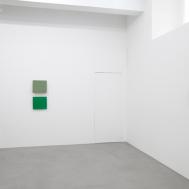 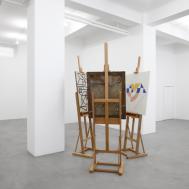 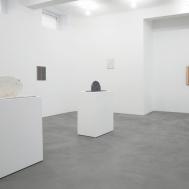 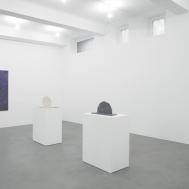 The A arte Invernizzi gallery opened on Thursday, 19 September 2019 the exhibition  Colloquium: Günter Umberg and the Italian Art. On this occasion, the German artist is also the curator, with an exhibition in which a conceptual dialogue relates his works with those of some of the leading exponents of Italian art in recent decades. The exhibition is designed as a walk-through space where the works enter into a relationship with their setting, by virtue of the physical value of the actual paint that forms them.

A volume with an essay by Paolo Bolpagni has been published on the occasion of the exhibition. The essay is the outcome of a long conversation with the artist, exploring the links between Günter Umberg's powerful monochromes, which are on display in the exhibition spaces, and the works of Rodolfo Aricò, Carlo Ciussi, Gianni Colombo, Dadamaino, Riccardo De Marchi, Piero Dorazio, Lucio Fontana, Mario Nigro, Angelo Savelli, Salvatore Scarpitta, Nelio Sonego and Emilio Vedova, with the aim of establishing visual and conceptual cross-references.

As Paolo Bolpagni writes, “Günter Umberg’s painting creates perceptive experiences, while also leading to philosophical implications. His highly particular monochromes do not occupy the spaces, but rather bring them to life, giving them meaning and concentration. These are works that, when brought together to relate to a particular place - and in this case also to works by other artists chosen on the basis of expressive correspondences, affinities and kinships - create organisms that resonate widely, constructing and defining their setting”.

The exhibition also illustrates the in-depth knowledge of the Italian art scene that Günter Umberg built up from the 1970s onwards, partly through Klaus Honnef, discovering the texts and ideas of critics such as Filiberto Menna and Giulio Carlo Argan, as well as the works of exponents of Italian painting.
Already in the aniconic studies of the immediate post-war period, what particularly struck him was the lyrical and poetic nature of the Italian artists' approach, together with their focus on materials as means of expression. Umberg later made his important "discovery" of the Americans, with a stay in New York in the 1980s playing a key role: in artists such as Donald Judd and Carl Andre he found freedom, concreteness and an approach totally alien to any pretentiousness, which was a lesson in solidity and order for him. All these influences condensed into a highly personal and speculative vision but one that was closely bound to the material nature of the technique of painting, in which he achieved extraordinary heights of bravura, to the point that he can be compared to the late-medieval masters he loves so much, and that he still studies and contemplates with passion. At the heart of every artistic idea Günter Umberg sees a dialogue: with space, with the viewer, with other works (and not just his own, as this exhibition clearly shows), with the past and the present, and with the world and reality, so that the aesthetic and perceptive experience is never closed and ended, but rather changes, evolves and comes to life in an incessant experiential process. The other key factor is that of "construction": Bauen das Werk, bauen den Raum - "build the work, build the space" - in a gradual structuring that draws its lifeblood from innumerable sources.
This is Umberg's utopia: a dream for the future of painting.