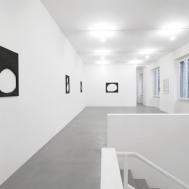 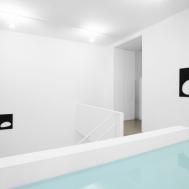 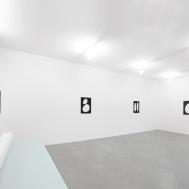 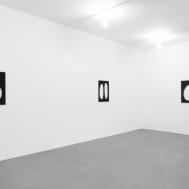 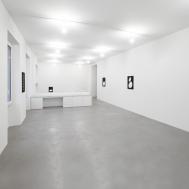 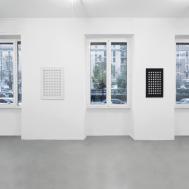 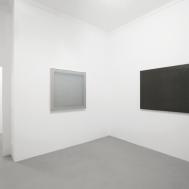 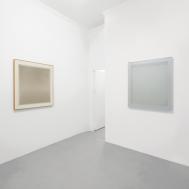 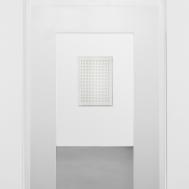 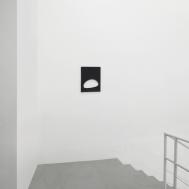 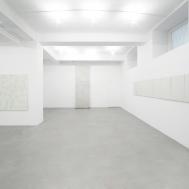 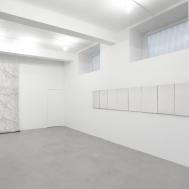 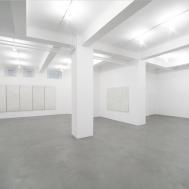 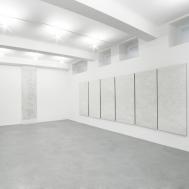 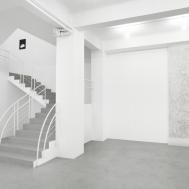 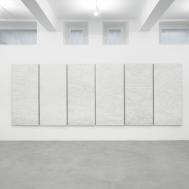 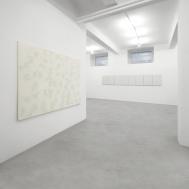 The A arte Invernizzi gallery opened on Thursday 3 December at 6.30 p.m. an exhibition of Dadamaino (Milan 1930 - 2004) which by way of a series of emblematic works covers the various phases of the artist's research.

In the first room on the gallery’s upper floor we found works that belong to the series “Volumi”, carried out starting from 1958 and developed in diverse typologies in relation to the number of the holes she made on the canvas arriving to the “Volumi a moduli sfasati” of 1960 - here exhibited in the floor’s second room - in which a compact succession of regular perforations carried out on sheets of superimposed plastic animate the surfaces in dissimilar transparencies.
In the remaining rooms of the same floor we found other works that belongs to the cycle “Volumi” and to the series “L’inconscio razionale” in which the interweaving of horizontal and vertical lines marked the abandoning of analytical and rationalistic criteria in favour of an irrational and unconscious characterisation.
Exhibited on the lower floor of the gallery there were works - previously exhibited in her personal room at the Venice Biennial of 1980 - that belong to the cycle “I fatti della vita”, in which signs-letters drawn with Indian ink are elaborated in vertical, horizontal and diagonal signs which in the space of the surface create different pauses and concatenations. This expression by means of a new form of writing resulted from a personal experience which, in Dadamaino’s own words, led the artist to obsessively draw out a silent sign in the sand that was similar to an “H” as an interior reaction to the 1976 Tel al-Zaatar massacre.
The need to transmit intrinsic and rooted meanings of thought later led the artist to elaborate a freer sign which was arranged in the space by its amalgamation in groupings and pauses, progressively concentrating itself on existential aspects as can be seen in the exhibited works that belong to the cycles “Interludi” of 1981 and “Costellazioni” of 1984. Dadamaino honed her research and created an identification of the line as pure energy that is let loose and regarding which one is unable to single out a beginning and an end.
The exhibition continues with the work entitled Sein und Zeit no. 2 of 1995 and Sein und Zeit of 2000, whose traces/signs become even more minute and constant, delineated by the artist on the transparent polyester surface, making them become the means for expressing the relationship between the infinitely small of the drawn out gesture and the infinitely large of time, in this way making them embody the ambivalence of the universal meanings of existence.
The exhibition closes with the projection of the video Dadamaino - direction by Marina Spada - recorded in the spaces of the gallery in 1998.

On the occasion of the exhibition a bilingual catalogue has been published containing the reproduction of the works on exhibit, an introductory essay by Francesco Tedeschi, a poem by Carlo Invernizzi and updated bio-bibliographical notes.