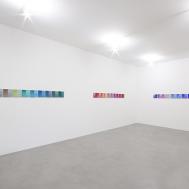 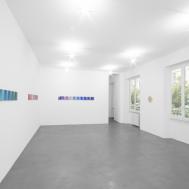 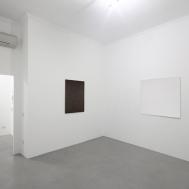 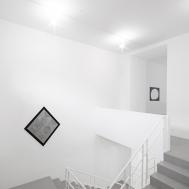 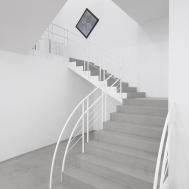 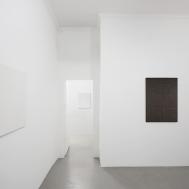 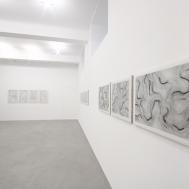 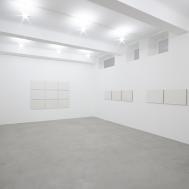 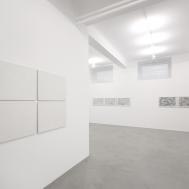 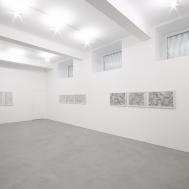 The A arte Invernizzi gallery opened on Thursday, 28 November 2019 a solo exhibition of works by Dadamaino (Milan 1930-2004). The event retraces the various stages of the artist’s research, revealing the consistency and continuity of her aesthetic and personal choices over the years.
“In the highly productive period of the radical resetting of artistic forms”, writes Bruno Corà, “in the late 1950s and early 1960, together with the proposals put forward by Piero Manzoni and Enrico Castellani, the creators of Azimuth, came the flanking action of the works of Dadamaino, one of the fully formed artists who emerged from the spatialist ambitions launched by Fontana. Not unlike the other artists, Dadamaino rapidly reached an authoritative artistic autonomy of her own.”

At the entrance to the gallery was Oggetto ottico-dinamico [Optical-Dynamic Object] (1962), in which the various aluminium tesserae that the artist applied to the panel form variable “chessboards” that guide the eye through illusory perceptions.
On the first floor of the gallery, there were three works from the “La Ricerca del colore” [“The Search for Colour”] series in which the artist examines the relationship that forms between two different pairs of combined colours, in both quantitative and qualitative terms. Here she uses the seven colours of the spectrum (red, orange, yellow, green, blue, indigo, and violet) associated with white, black, and brown. In the same room there are also two panels from the “Cromorilievi” series (1974), in which one can appreciate the intentionality of the painting not so much in the variation in tones, as in the arrangement of the geometrical elements that Dadamaino uses to create multiple dynamic and luminist effects that allude to the depth of the visual field. In the second room on the upper floor were works from the “L’inconscio razionale” [“The Rational Unconscious”] (1975-77). Here the perpendicular interweaving of horizontal and vertical lines, which appear and disappear in a discontinuous manner across the surface, opens up to new components that are more closely linked to irrational and unconscious criteria.
In the following rooms on the same floor there were works from the “Volumi” [“Volumes”] series, which the artist made between 1958 and 1960. There are a number of different types, depending on the number of holes in the canvas, through to the “Volumi a moduli sfasati” [“Volumes in Staggered Modules”] (1960), in which the transparent surface is moved by a dense succession of regular holes made on superimposed sheets of plastic material.
Dadamaino’s subsequent reflections on impressions, which started with “L’inconscio razionale”, is further explored on the lower floor of the gallery, where the works in the “Costellazioni” [“Constellations”] series (1984-87) can be seen to have a gradual opening up in their relationship with space, moving away from the previous dependence on the linear structure of the script. The mark gradually turns into a trace, without a precise order of execution, and is identified as pure energy, with no beginning and no end. The traces that run through the works, almost as though they were furrows on the surface, in “Passo dopo passo” [“Step By Step”] (1988-90), “Il movimento delle cose” [“The Movement of Things”] (1990-96) and the later “Sein und Zeit” (1997-2000), are created by a constant, meticulous proliferation of signs on the transparent polyester surface. They encompass the relationship between the infinitely small, in the precise, closed gesture in the moment defined by the event, and the infinitely large, in the endless flow of time.

On the occasion of the exhibition, a bilingual book will be published, retracing Dadamaino’s artistic career from the late 1950s to 2000, with reproductions of the works in the exhibition, an introductory essay by Bruno Corà, a poem by Carlo Invernizzi, and an updated bio-bibliography.