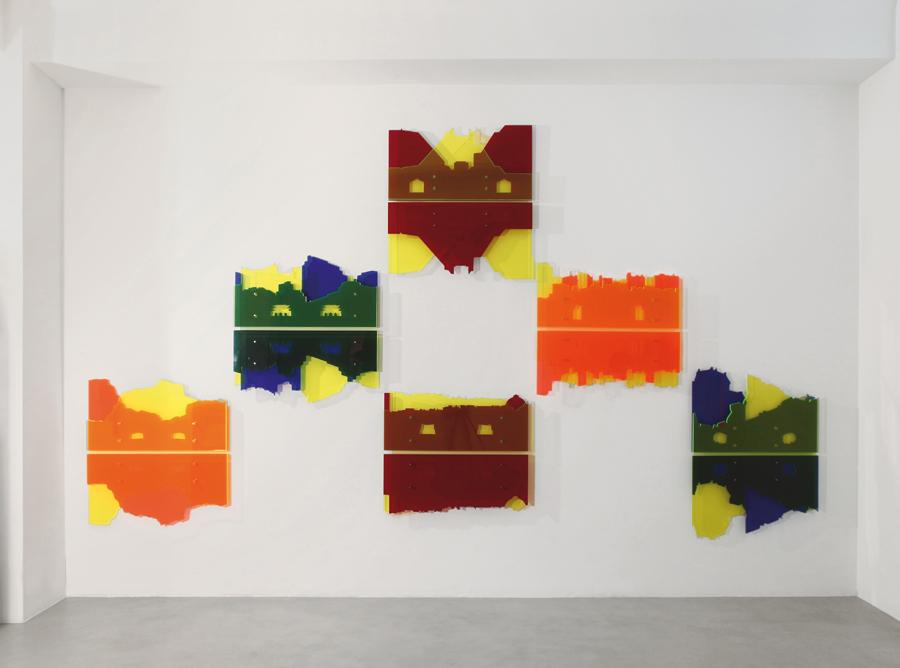 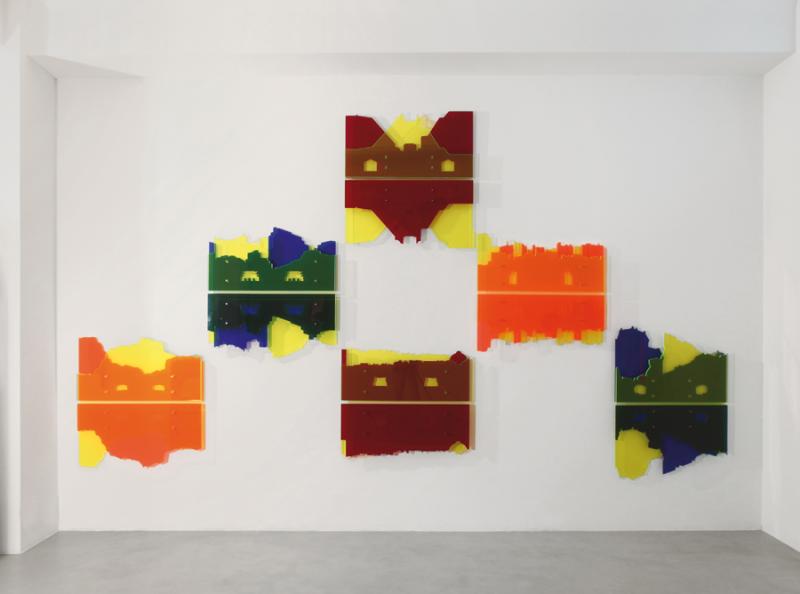 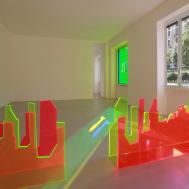 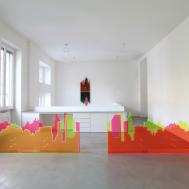 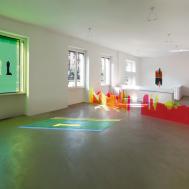 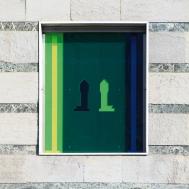 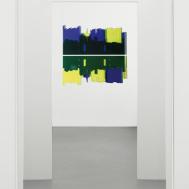 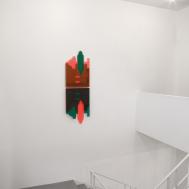 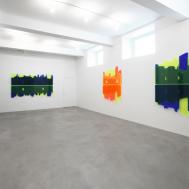 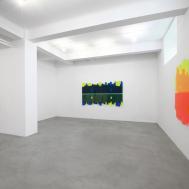 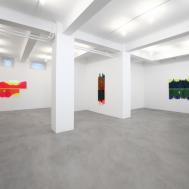 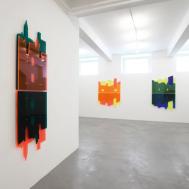 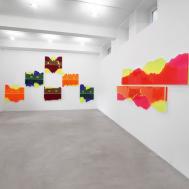 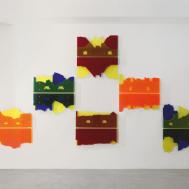 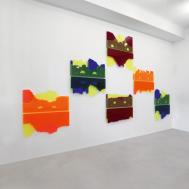 The A arte Invernizzi gallery opened on Thursday 24 September 2015 an exhibition by Francesco Candeloro.

Exhibited at the entrance to the gallery was the work entitled Altre Luci Stoccolma in which by way of the meeting with light, the sheets of plexiglas create evanescent chromatic luminous effects.
On the gallery’s upper floor there is the large plexiglass installation that recreates the skyline of New York and defines a passage that allows us to see Visioni del tempo, a work installed in the last window which integrates itself and holds a dialogue with the environment, giving us a different vision of the silhouette of the Torre Velasca. This reproposal is small, multiplied and undergoes continuous change. The varying of the light during the day projects the volume of the window and the form of the architectural element that becomes a filter in which the colours of the superimposed sheets add up and beyond which it is possible to have an unexpected view of the city.
In the second room of the upper floor we found the work entitled Linee Attese whose neons define lines of light in the dark room which trace out the visions of places, reread by the artist by way of his own perception that is intrinsically bound to his memory.
The lower floor of the gallery instead housed eleven plexiglas works each of which made up of four different sheets of different colours and subdivided into specular, superimposed couples. The sheets enclose the images derived from first-hand experience: they portray and are tied to the memory of the city which the artist rereads and reproposes by means of the diverse elements.

“+ – The geometry of the installations always renewed by Candeloro and the ‘jagged’ nature of the profiled horizons of his site-specific town planning conception share the plus-minus principle of the cycle of oval - therefore ocular - canvases as painted by Piet Mondrian (around 1916) in his search for abstract art. Yes, the ones with the signs that are crossed or otherwise, visible between the beach with the sea in the background and the mast of a boat in the foreground: the summer of Neo-plasticism. In the very slow focussing processes of the image by way of the + and the - our eyes were formed, together with those of predatory animals, artists included, according to natural selection over a whole era. Now in this exhibition they are signs of light. Although on the horizon I see mirages”. (Tommaso Trini)

On the occasion of the exhibition a bilingual catalogue has been published containing the reproduction of the works on exhibit, essays by Tommaso Trini and Ara Merjian, a text by Luca Scarlini, a poem by Carlo Invernizzi and updated bio-bibliographical notes.