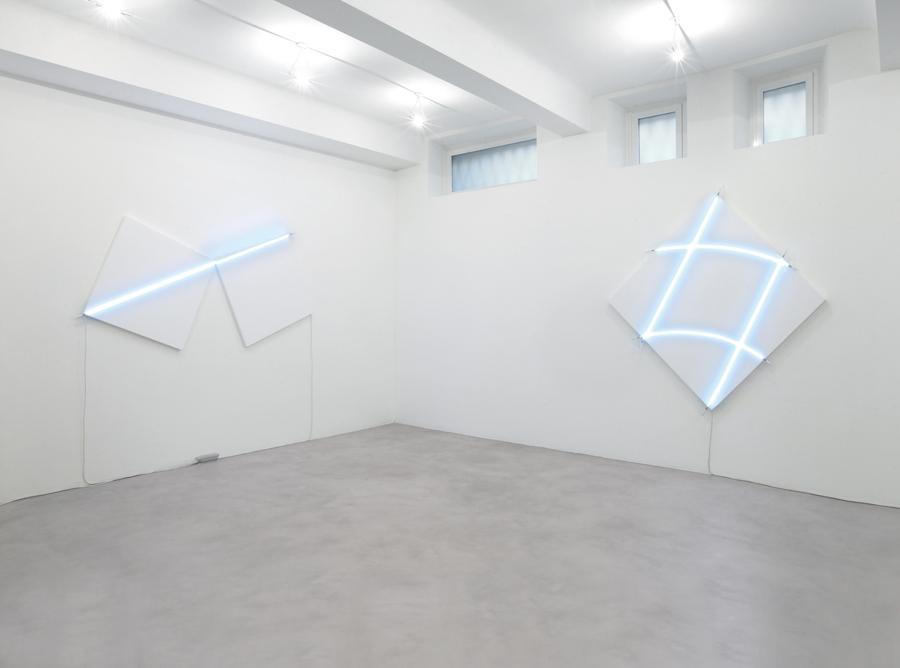 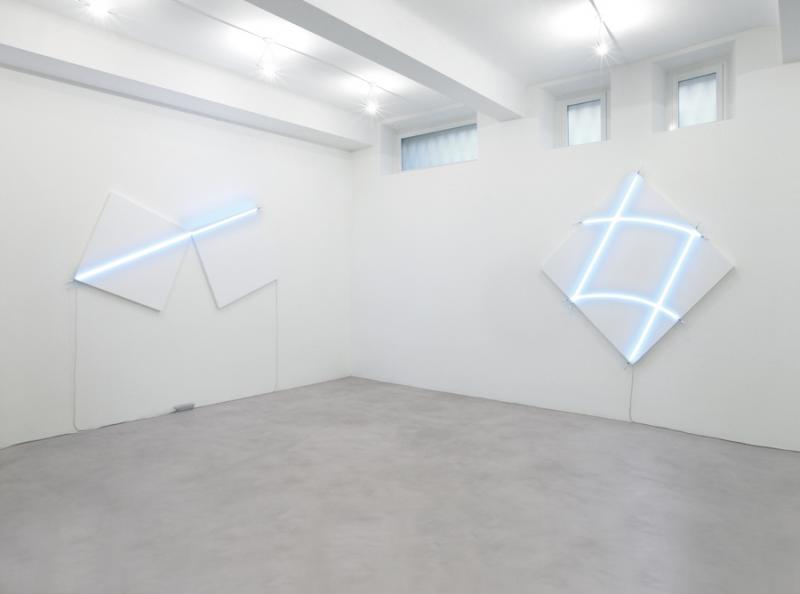 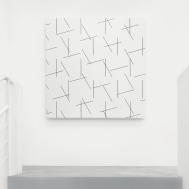 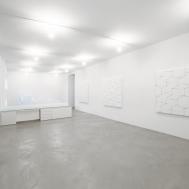 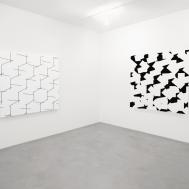 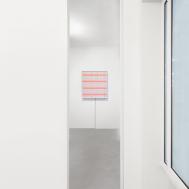 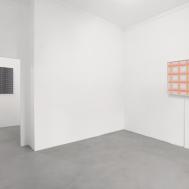 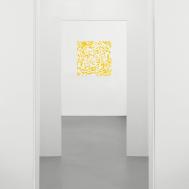 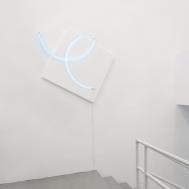 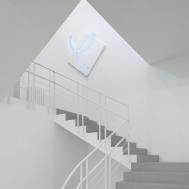 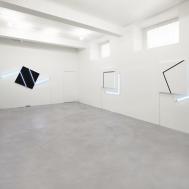 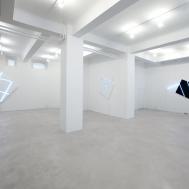 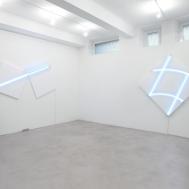 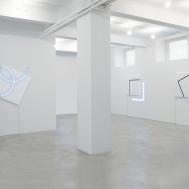 The A arte Invernizzi gallery opened on Tuesday 17 February 2015 a solo exhibition of the French artist François Morellet.
The first room on the upper floor of the gallery exhibited recent works belonging to the "3D concertant" and the "3D Bandes décimées" series created by superimposing three different schemes inside the space in which the drawn out straight lines are arranged in an univocal way although according to different angles, to the point of creating the optical illusion of the third dimension and the geometry of the cube.
In the second room of the same floor we found 4 néons 0° - 4 néons 90° avec 2 rythmes interférents of 1972, a work in which the rhythmical alternation of the illumination of the red neon suggests the vision of an orthogonal grid.
The lower floor of the gallery housed recent works in which the neons aren't placed in an orderly fashion within the delimited perimeter of the canvas - or the canvases - but take on a constructive potential also on a formal level.
As Enrico Mascelloni writes: "Morellet's career, even if coherent with its premises, displays an extraordinary variety, [...] and ambiguity enters the work as its constitutive element and with a radicalness that doesn't even discontinue in his most recent works. In those in which we have the neon, it's as if there's a 'relaxing' of the grid effect to the point that the neons fold/bend and become supple, almost dancing on the surface of the work. And his contemporary works - organised in slender, broken (or interrupted) sign grids - suggest a musical progression, simulating a dimension of depth and even a sequence of cubes to then negate them, on taking another look, taking us back to the substance of Morellet's work: to the necessary rigour which alone allows perception to become aware and, in consequence, enjoy its own ambiguity".

On the occasion of the exhibition a bilingual catalogue has been published with the reproductions of the works on show, an introductory essay by Enrico Mascelloni, a poem by Carlo Invernizzi and bio-bibliographical notes.