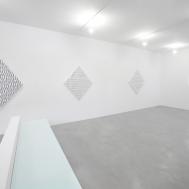 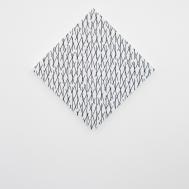 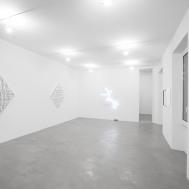 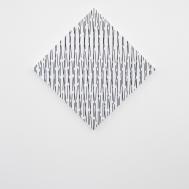 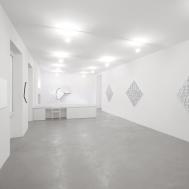 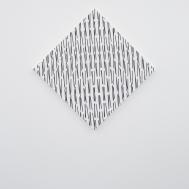 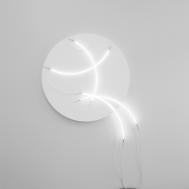 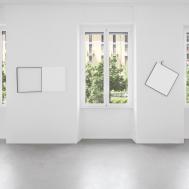 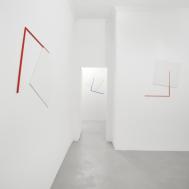 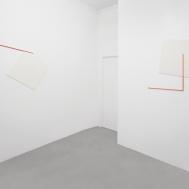 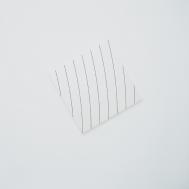 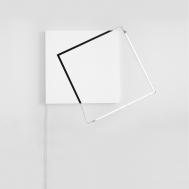 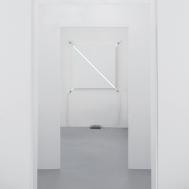 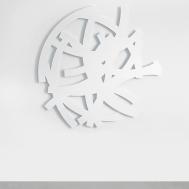 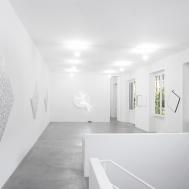 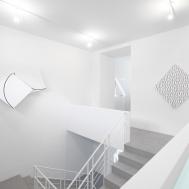 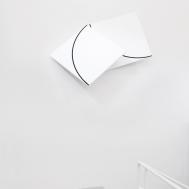 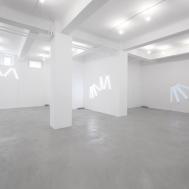 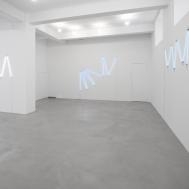 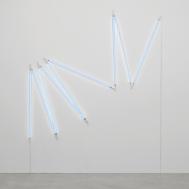 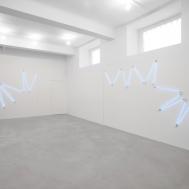 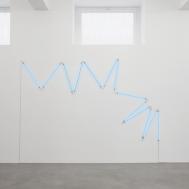 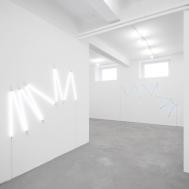 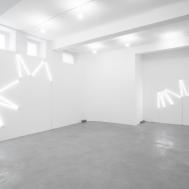 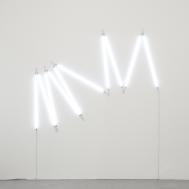 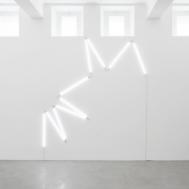 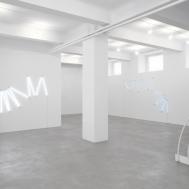 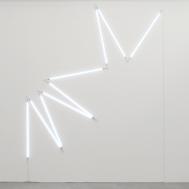 The A arte Invernizzi gallery opened on Tuesday 23 May 2017 a solo exhibition of works by François Morellet, a leading figure in international art since the 1950s. The gallery’s collaboration with the French artist started with Dadamaino Morellet Uecker, its inaugural exhibition in 1994. Over the years, it has led to many solo exhibitions both in Italy and abroad and now, a year since the death of the great master, this exhibition intended to put the spotlight on his unique and highly personal approach to the creation of art, retracing the last decade of his artistic career.

The last works he made in 2016 could be seen in the first room on the upper floor. These formed part of his “3D concertant” series, in which the main broken black lines along different angles permeate the white space of the canvas and lead the eye towards an optical illusion of the third dimension. The combination of systematic precision and an insatiable curiosity for experimentation, which appears throughout Morellet’s art, is also clear to see in the “Desarcticulation” series (2012). Here the surfaces and painted semicircle come together and overlap on two different canvases placed together, concealing reality with geometry and opening up to multiple visual avenues.
By means of a combination of dissimilar visual solutions, of which the titles are a fundamental component, François Morellet creates a sense of continuous disorientation, which leads to ambivalent visions, as in the case of Lunatique neonly 4 quarts n. 11 (2002). Here the neon tubes, the shapes of which suggest four segments of the same circle, intersect on the canvas, which is also circular, and end up in a wry play of visual cross-references and perceptive illusions.
On the lower floor of the gallery we found works from the “π piquant neonly” series (2005-2007), in which the neon tubes break free from the limits imposed by the perimeter of the canvas and take shape freely in space. The white and blue lights are constituent elements of these works. The straight lines follow each other in broken or continuous alignments, acquiring constructive value also on the formal level, and this leads to the potential for conscious perception, even though filled with a persistent sense of ambiguity.

On the occasion of the exhibition a bilingual catalogue has been published with illustrations of the works on display, an essay by Massimo Donà, a poem by Carlo Invernizzi and updated bio-bibliographical notes.