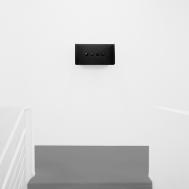 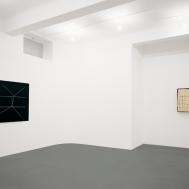 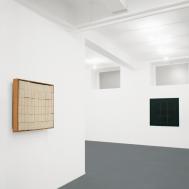 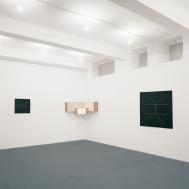 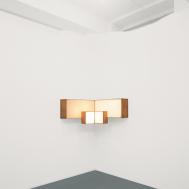 A arte Studio Invernizzi gallery presented on Tuesday 4 December 2007 a solo exhibition of Gianni Colombo (Milan 1937 - Melzo 1993).
This exhibition intends to present seminal pieces which describe all the different creative moments of the artist, from the end of the 1950s until 1992, creating this way an ideal course through his work.
The core interest of Gianni Colombo’s work has been to establish a new relationship between the individual and the cognitive structures inner to the human experience, starting from the perceptive ones, nevertheless intended by him in a wider sense, which involves the bodily dimension (aesthetic in original sense) on its whole. Colombo’s work aims at giving a new shape to both the physical and psychic relationship between the individual and the space around him: this bond is investigated by him through works in motion (real, visual, ideal motion), tending to question our usual guide lines in experiencing the real. By contradicting the ordinary ways of the experience, Colombo is going to make us aware of our position in the progressing context of the existent, and, above all, aware of our modifiing power on it.
The kinetic and dynamic identity characterizing his works is the image of the becoming of the same universe structure: it can and must be modified by human action when man becomes aware of this.
Among the works on display for this occasion, Strutturazione pulsante (Pulsative Structuration) of 1959 is emblematic of this aspect: for Colombo the structure is not a concluded entity, but “structuration”, that is entity in dynamic progress and which can be only known approximating. Moreover, an articulated group of works belonging to the cycle of the Spazio elastico (Elastic Space), elaborated from the end of the 1960s, will be exhibited. These works proposes, both in the big environmental realizations and in their object declension, hypotheses of changeable and spatial configurations continuously in progress. 0<->220 volt, another work on display realized in the half of the 1970s, investigates the relationship with technology through the estranging and, at the same time, evocative effect generated by temporally determined sequences of light intervals. This work is conceived in order to be placed on corner and it’s also witness of an architectural vocation which just for its aesthetic-didactic intention, tends constantly to the paradox, to the negation of the constructive categories. Finally, the last works of 1992 Opus incertum and Spazio curvo (Curved Space), where the spatial investigation through a real and technologically deformed dynamics produces effects of uncertainty and continuous alteration, which intend to underline that we can’t help thinking with our body while running across anywhere.
The works on display reflect the dominant matrix of Gianni Colombo’s history as artist: the enlightened and positive conviction of a noethic tension of arts, which let the audience/visitor become an active element, a possibility of opening to new categories and new cognitive paradigms: in this sense, it’s an ethical project tended to re-found the consciousness, starting from the knowledge.

On the occasion of the exhibition, a bilingual catalogue, including an introductory essay by Francesca Pola, the images of the works on display, contributions by Carlo Invernizzi and François Morellet and bio-bibliographical notes has been published.