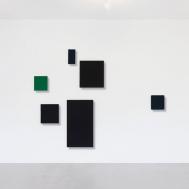 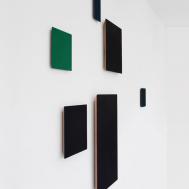 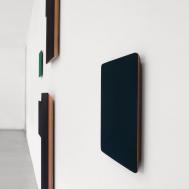 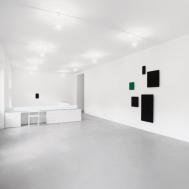 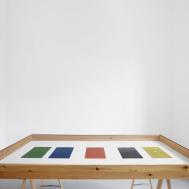 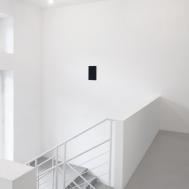 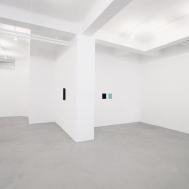 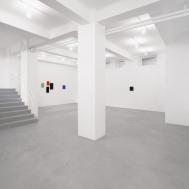 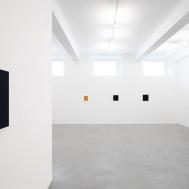 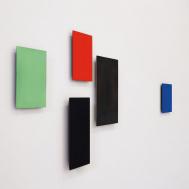 The A arte Studio Invernizzi gallery opened on Thursday 16 May 2013 a solo exhibition of the German artist, Günter Umberg. As has been the case of the previous exhibitions held in the gallery since 1996, also on this occasion the artist has specifically ideated an exhibition plan in which the corpus of works is considered in relation to the exhibition space.

By way of a coherent artistic approach Günter Umberg very personally interprets and investigates the theme of the monochrome with the result that his works acquire the status of fully corporeal entities, concrete and accomplished conditions, inextricably forming part of the context of the real and of lived experience.
The first room of the gallery's upper floor exhibited the work Territorium 20A, 2012, 2013 made up of six works ordered and placed on the walls so as to create a definite space suited to perceptive experience, in this way creating a dialogical connection between the works, the room and the spectator who is called upon to interact and become an active part of the work and space.
The second room of the same floor presented, for the first time in Italy, a group of works dating to 1976: these are sheets of transparent paper immersed in pure pigments mixed with wax and paraffin on which the artist made holes.
Following an intense dialogical procedure that continues what was exhibited in the other rooms, the rooms of the lower floor of the gallery housed Territorium 22, 2013, 2013 and a number of recent works characterised by intense colours.
“For Umberg” as explained by Paolo Bolpagni “the monochrome is living and pulsating energy, the condition and place of infinite possibilities: it is like the point that contains everything in nuce and potency, an original (ursprünglich) a-dimensional entity where, however, totality is already present. It is not something casual that he likes citing an episode from the life of Bernard of Clairvaux who on being asked about the concept he had of God replied: ‘Height, length, width, depth’. With this there is no intention to affirm that in Umberg there are necessarily transcendent or metaphysical 'traits' but, if anything, that the characteristics in which the medieval saint summed up the idea of the Supreme Being are the same nucleus of the notion of painting developed by him. A painting that in the monochrome has its fulfillment, its completion and its raison d'être”.

On the occasion of the exhibition a bilingual catalogue has been published with reproductions of the works on show, an introductory essay by Paolo Bolpagni, a poem by Carlo Invernizzi and an up-to-date biographical and bibliographical notes.