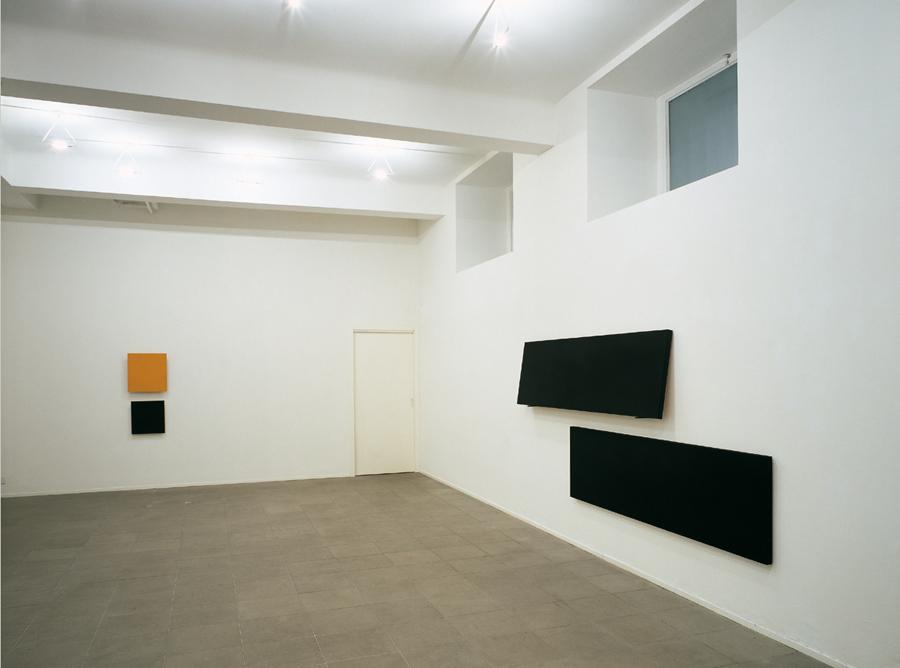 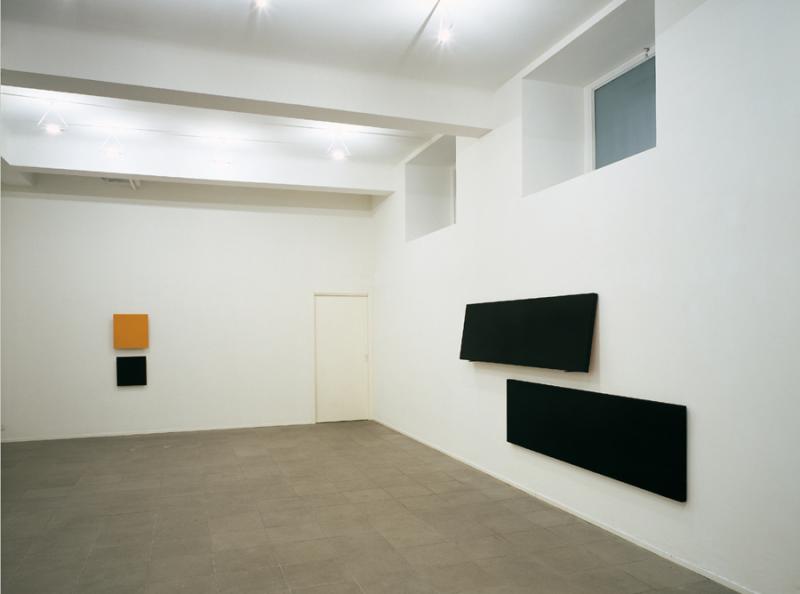 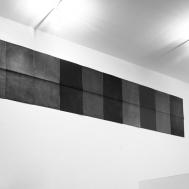 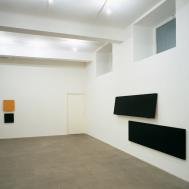 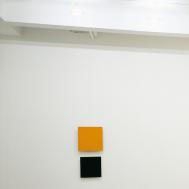 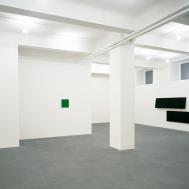 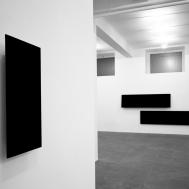 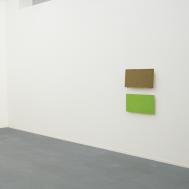 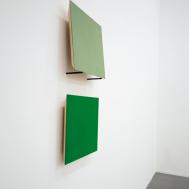 On Tuesday 28 September 2004, A arte Studio Invernizzi presented a solo exhibition of Günter Umberg’s late works related to the gallery’s space.
During his whole coherent artistic course, Günter Umberg’s work has assumed the form of a  personal interpretation of the monochrome up to vanish its own assumption. In his works, monochrome becomes a real, corporeal state of their physical expansion and their dialogue with the “situation”, that is considered in its etymological meaning, as placing in a context that is the real one of lived and corporeal experience.
Günter Umberg’s works arise from a long process of physical interaction between the artist and his making, on the careful and calibrated spreading of dammars and pigments, in an acquisition of awareness of the action that takes part in the metamorphosis. This dialogue between body of painting and human body is expanded to the observer, to whom the work becomes the place of attraction with which the energy of his body has to interact.
On the occasion of exhibition, a bilingual catalogue has been published, including an essay by philosopher Massimo Donà, the images of the works installed in the gallery, a poem by Carlo Invernizzi and bio-bibliographical notes.
The exhibition was realized in cooperation with Goethe Institut Mailand.