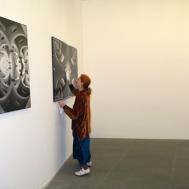 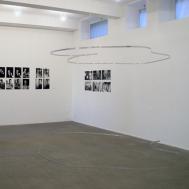 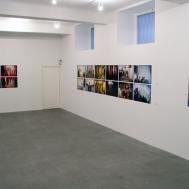 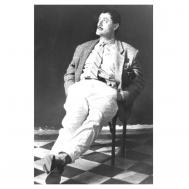 On Thursday, December 2nd 2004 at 6.30 p.m., Galleria A arte Studio Invernizzi, on the occasion of the presentation of the monography Gianni Colombo. Lo spazio come campo attivo, presented the exhibition Maria Mulas. Ritratti di Gianni Colombo, in which 20 works by Maria Mulas - chosen among portraits and installations of Gianni Colombo, and realized during their longtime friendship - will be on display.
“Maria Mulas’ portraits are not simply the technical recording of a physiognomy, of a face, of a body. We could say that her portraits are the staging of a fondness. These portraits are the result of an encounter. The other comes forward, offers itself to the look that claims to see it and to know it. It is Maria Mulas’ look, that looks at and learns to know. It is the look that literally produces the photography. The camera records this encounter, this fondness. Docilely it fixes its trace” (Emilio Tadini).
Gianni Colombo, during more than three decades of research, between projects and objects, fluctuating structures, architectural distortions and inhabitable spaces, has always offered situations in which the spectator really acts upon his own effective experience with all his acquired intellectual and emotional potential.
Emotivity and mood interact in Gianni Colombo’s works like energies able to contribute to the system of knowledges that the work of art stimulates through appearantly impersonal mechanisms.
The idea of provoking physical and psychical imbalances always recurs in Gianni Colombo’s works as the necessity to unite the materials to the environment, to scan the architectural passages, to build unreal paths that the spectator must feel as his own imaginative dwellings, passages to a new vision of reality.
The monography documents Gianni Colombo’s creative path and contains an introductory essay by Claudio Cerritelli, statements by Luca Massimo Barbero, Francesca Pola and Marco Scotini, a contribution  by Grazia Varisco, a poem by Carlo Invernizzi and bio-bibliographical notes.