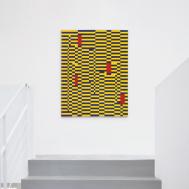 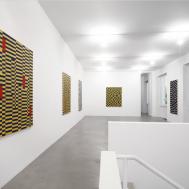 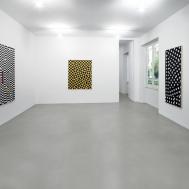 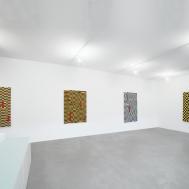 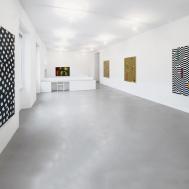 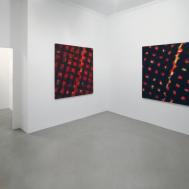 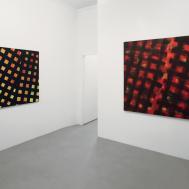 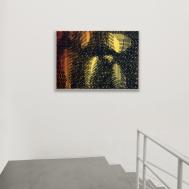 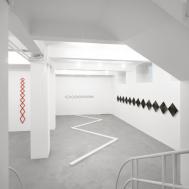 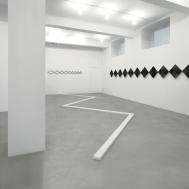 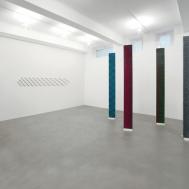 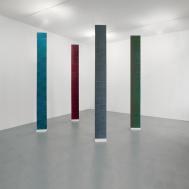 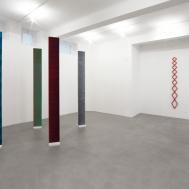 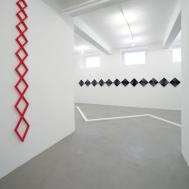 The A arte Invernizzi gallery opened on Thursday, 23 February 2017 a solo exhibition of works by Mario Nigro (Pistoia 1917 - Livorno 1992). Celebrating the centenary of the artist’s birth, the show retraced the seminal moment of his entire artistic career - the two decades from 1948 to 1968.
The exhibition showed the artist’s fundamental process, which led from his Ritmo verticale [Vertical Rhythm] of 1948 through to the works shown at the 34th Venice Biennale in 1968.
Works made from 1950 onwards were on show in the first room on the upper floor of the gallery. Starting with the “Scacchi” [“Chess”] series, they reveal much about a moment of development in the artist’s visual language. He was already moving towards a more dynamic and penetrating approach to perception, and the accentuation of the diagonal in 1952 already foreshadowed the “Spazio totale” [“Total Space”] series. The works in the following rooms on the same floor retrace Mario Nigro’s development from the Ritmo verticale of 1948, which further develop and analyse his initial abstract-constructive works, through to the overcoming of the two-dimensional plane. He also introduced a new tension between space and form, which led to an interweaving and overlapping of planes, as we see in the “Spazi totali” of 1954.
On show at the entrance to the gallery was Tempo e spazio: tensioni reticolari: simultaneità di elementi in lotta [Time and Space: Reticular Tensions: Simultaneities of Elements in Conflict] of 1954. This work is key to understanding the later developments of Mario Nigro’s work in relation to his investigation of the concepts of time, simultaneity and progressivity that were to become so much a part of his works in later years.
Particular attention was also paid to a group of works from 1956. After the Soviet invasion of Hungary that year, all the artist’s political and ideological certainties were shattered. When the social utopia that underpinned his work collapsed, also his faith in the absolute purity of geometry was lost, making way for a gradual intensification and then disintegration of his spatial grids, until they disappeared altogether.
The exhibition ended on the lower floor, with the works that were shown in the artist’s personal room at the 34th Venice Biennale in 1968. The perspective depth of his previous works emerges from the two-dimensionality of the canvas and spreads out through space, acquiring an environmental dimension in its accumulation in columns and in its unravelling along the walls. This living, pulsating place is then completed in the musical rhythm brought about by a repetition of little traces of colour that run through Le stagioni [The Seasons], the work shown on the ground, or by the infinite, expansive tension of the “Tralicci” [“Trellises”].
It is in this new synergy between time and space that Nigro’s works achieve their absolute immersiveness, in which, and during which, the viewer is plunged not so much into a representation of existence as into its concrete and dramatic manifestation.

On the occasion of the exhibition, a bilingual volume has been published with reproductions of the works on display, an introductory essay by Luca Massimo Barbero and updated bio-bibliographical notes.

The exhibition was in collaboration with the Archivio Mario Nigro.