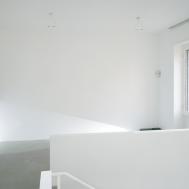 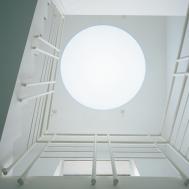 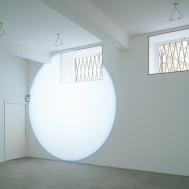 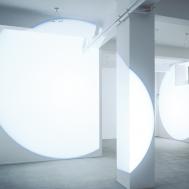 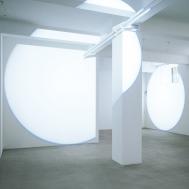 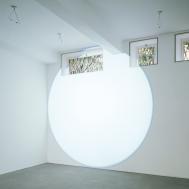 A arte Studio Invernizzi presented a solo exhibition of the French artist Michel Verjux, opening on October 18. Verjux realized a new intervention specifically created for the gallery space.
The artist himself described his creative approach, based on a strong and intentional dialog with the environment, as follows: “Since 1993, I have been conceiving the artwork not as a painting or a sculpture (physically speaking), nor as a simple ephimeral intervention (as an action or a performance), but in terms of light.
Light is not only a visual symbol, but an index, a sign existentially connected to the situation, by which this finds itself put into action. It is not only a matter of creating just bi or tridimensional objects, not even preparing simple installations or isolated, ephimeral actions, linked to certain occasions, but of conceiving generalizable typologies of interventions which can be put into action, realized in particular situations and at the same time ‘enlight’ them.”
This artist’s statement testifies the open nature of Verjux’s creativity, his attention for the potential dimension of the artwork, an essential part of which is its life in the tactile perception of light, understood in its primary value of possibility of vision and image.
On the occasion of the exhibition, a bilingual catalogue has been published, including an essay by Francesca Pola, an iconographic documentation and a text by the artist concerning the intervention realized in the gallery, a bio-bibliographic apparatus and a poem by Carlo Invernizzi.