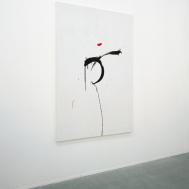 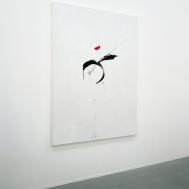 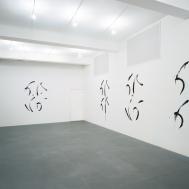 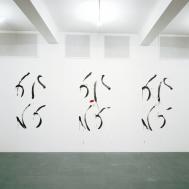 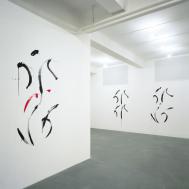 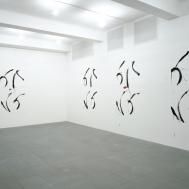 On Tuesday 6 March, A arte Studio Invernizzi gallery present a solo exhibition of the artist Nelio Sonego’s: an intervention created for this occasion and realized directly on the walls of the space.
“Sonego has always sought to relate his painting to the surrounding space at the moment when the ‘signs’ on paper or canvas are created and when they are put into place, activating, in a dynamic sense, the apparent void around them. On occasion, moreover, Sonego has made his works site-specific by painting on the walls or in other ways. In these cases, however, there is a project designed for the gallery, which is itself regarded as a space forming part of the work.
(...) Sonego simply employs the device of drawing them on the wall, albeit indirectly, due to the presence of a thin diaphragm. This is intended to make the ‘sign’ appear to have volume and transform it into a presence that cannot be integrated with the wall like a picture, but becomes part of the wall regarded as a two-dimensional element of global space. Sonego intends, therefore, to make the site itself the work of art, and for this reason the environment is designed with a series in which the angoarcoli alternate according to the variable constant of four elements arranged in twos like open signs, with the additional presence, at times, of traces of colour - red, yellow, blue and green - that are a minimal insertion of another sensory dimension, the allusion to a reality that exists outside that instant or that fragment of space-time. In order to establish this, it is sufficient to insert a spot of colour for it to be already present as a totality. It is still, above all, visual energy, a hypothesis of vitality in the whole of space.”: it is written by Francesco Tedeschi in the catalogue published on the occasion of the exhibition, where it is reproduced the intervention realized in the gallery, a bio-bibliographical note and a poem by Carlo Invernizzi.