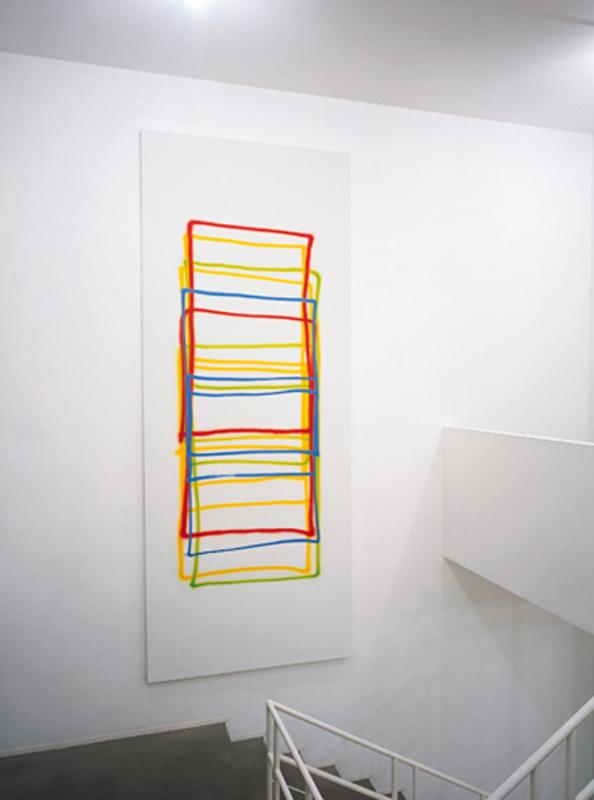 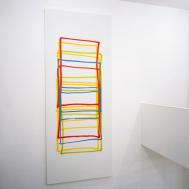 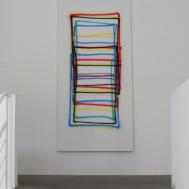 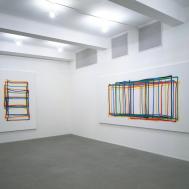 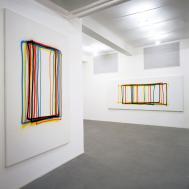 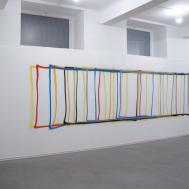 On Tuesday 18 May 2004 A arte Studio Invernizzi presents a solo exhibition of Nelio Sonego, who created a new series of large paintings, relating to the space of the gallery, for this occasion.
With this new sequence of works, Nelio Sonego extends his images to fresh horizons of sense, suggesting an original, amazing declension of his painting.
In the series of the exhibited works, Sonego’s sign recloses after the poetic ascendant digressions of the previous decade, returning to a locking of vibrating linearities that intersect and superimpose, creating a different and changeable pulsation of the image. Rectangles with flaming strokes of elegant and vibrant tones stratify in variation and indifferently articulate in horizontal or vertical lines of expansion, seeking for a strong, intentional connection with the becoming of existence and cosmos.
The large dimension is conceived in relation to the space of the gallery and ideally continues this expansion of the sign beyond the boundaries of a painting that, in its own, strong identity of image, leads the space to be the open place of a metamorphic epiphany of the sign. Sonego’s painting, founded on this suspension and vibration of the sign -as affirmation of cognitive tension on the edge of the event of its becoming- once again seizes an unknown passage of the existence, with its freshness of colours and articulations.
This seems to be one of the most authentic messages of Sonego’s painting: in the instant of a gesture seized in its self-generation as image, he captures the signs of the space and time of the existence and makes them subtle and coherent variations, showing us our uncertain, and still poetical, destiny.
On the occasion of the exhibition, a bilingual catalogue has been published, including an introductory essay by Francesca Pola, the images of the works installed in the gallery, a poem by Carlo Invernizzi, an essay by Flavio Ermini and bio-bibliographical notes.