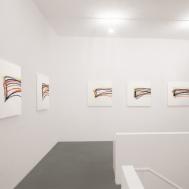 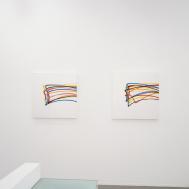 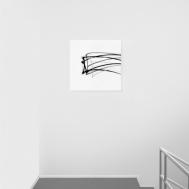 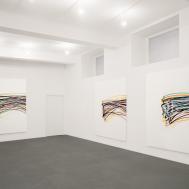 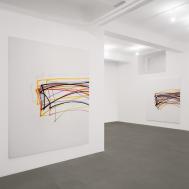 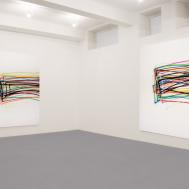 On Friday 19 September 2008 the gallery A arte Studio Invernizzi opened its exhibitory season with a show exhibition devoted to the artist Nelio Sonego who, on this occasion is presenting a recent series of works from his cycle Orizzontaleverticale.
Orizzontaleverticale marks an important stage of Sonego’s pictorial cycle, in which a strong desire of spatiality emerges. He does not require his canvases to have a single directionality with regard to their placing on the wall, allowing this to be adapted on each occasion to the place where they are to be displayed, which they will have to engage in dialogue. Thus it is absolutely necessary to find new dimensions of meaning that can link his works to the various environments in which they are inserted, the unexpected features of which they explore and contemplate.
Deprived of a certain and necessarily limiting directionality, Sonego’s work becomes the possible creator of its own continuous and mutable coming into being and its manifestations.
In these recent works, the coloured rectangles - signs that are the intervention of the artist’s reflective thought - become an even more intermittent pulsation. They are vitally energetic vibrations tending to concentrate at the point where the canvas meets the wall, between the finite and the infinite. The almost nervous throbbing of Sonego’s colours becomes an excited longing for the germinative vigour of life; his sign is a cosmic one that explores all the forms of becoming that belong to nature and are present in it. This is attentive painting that attends to the contingent phenomena human thought must interpret - or rather, it is an absolutely inseparable part of them.
On the occasion of the exhibition a bilingual catalogue including photographs of the works on display in the exhibition, an essay by Klaus Wolbert, a poem by Carlo Invernizzi and bio-bibliographical notes has been published.