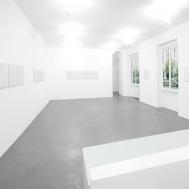 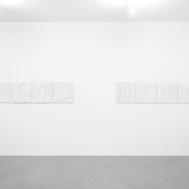 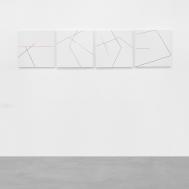 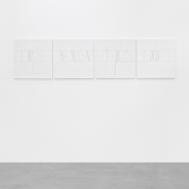 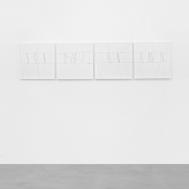 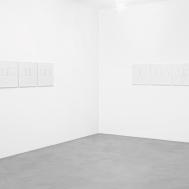 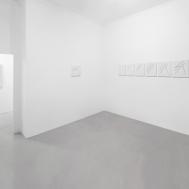 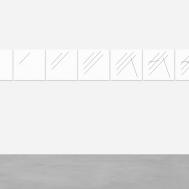 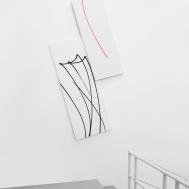 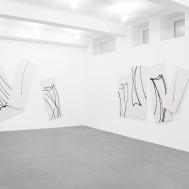 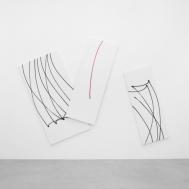 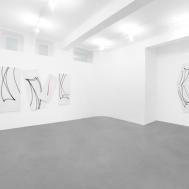 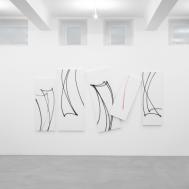 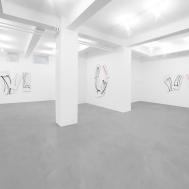 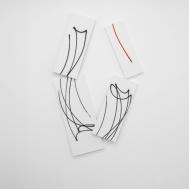 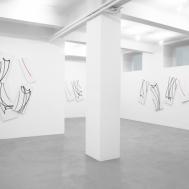 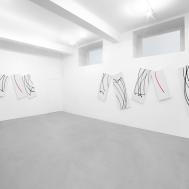 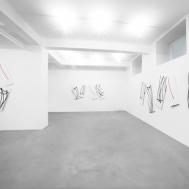 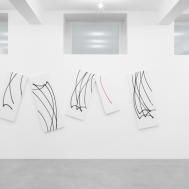 The A arte Invernizzi gallery opened on Wednesday 21 November 2018 a solo exhibition of works by Nelio Sonego. In this event, works made in the late 1970s and early 1980s entered into a dialogue with more recent ones, in a project specially created by the artist for the exhibition space.

Works of the “Strutturale” series (1979) - in which Sonego investigates the possible variants of line as both a constituent and a constructive element in the structuring of the work - have been shown in the first room on the upper floor. Adopting a systemic approach, which establishes the square format of the canvases and the white ground, the artist makes an in-depth examination of variants by tracing out parallel and transversal lines that suggest dissimilar geometrical balances and forms.
The space created within the surface is given new form, starting with segmentation and superimposition of the fragmented lines. It does not stop within the boundary imposed by the canvas but spreads out, conceptually opening up and overflowing into the surrounding environment in a crescendo of stratifications and signs. This can be seen, for example, in the seven elements of Strutturale (1980) on display in the second room on the upper floor.

By means of a study from within its fundamental primary elements, the fragmentation of the linear structure is a constant feature of Nelio Sonego’s work, and it can also be seen in later series of works, in which he continues to create suspended and wavering levels of perception, with countless surprising combinations of sign and colour. In its geometric restraint and in the vibration of its structure, this combination is also clear to see in the artist’s most recent works, on display on the lower floor. Here the surfaces of the various component parts of the works come together and overlap. It is almost as though they were recreating on a larger scale the geometrical equilibriums of the lines drawn on canvas in the works we see on the upper floor. They modify our perception of the environment, giving our vision of space a whole new potential for perception.

On the occasion of the exhibition a catalogue has been published, with illustrations of the works on display, an essay by Francesco Gallo Mazzeo, a critical anthology with previous texts by Paolo Bolpagni, Carlo Invernizzi, Francesca Pola, Francesco Tedeschi, Klaus Wolbert and updated bio-bibliographical notes.