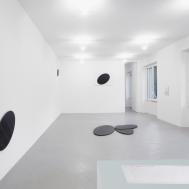 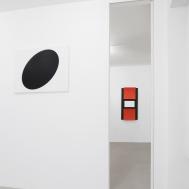 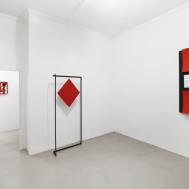 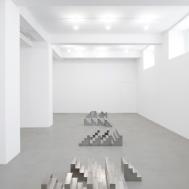 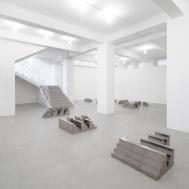 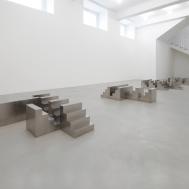 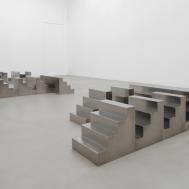 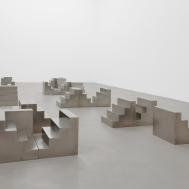 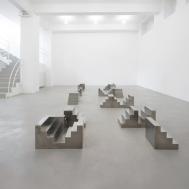 The A arte Invernizzi gallery opened on Monday 26 September 2016 De/Re/Constructivity. A arte Invernizzi Project. Drawings. Reliefs. Sculptures. 2 Environments. 1959.2016, a solo exhibition of an anthological nature by Nicola Carrino. This is a unitary process brought about in two consecutive environments in the gallery spaces.

“Decostruzione. Ricostruttività. Reconstructing City. Ricostruttivo 1/69 E.2016 [Deconstruction. Reconstructivity. Reconstructing City. Reconstructive 1/69 E.2016]. ‘All the arts go towards constructing the city’. ‘Urban planning is the work of the sculptor, of the painter, and even of the printer who makes up a page’. Sculpture is the shape of a place and, indeed, it is the place itself. These are the principles that together recall and govern my vision of creating, producing, thinking and communicating art. Sculpture is not the production of an object, but rather the communication of a thought. The object is an essential part of this. The difference between architecture and sculpture is just in their dimension as objects. The idea and virtuality appear and take shape around the object, as does the reality of their being. As well as of existence and of its imposition and development. Art is a dynamic evolutionary process of the real world. The Costruttivi Trasformabili [Transformable Constructives] are modular bodies that perform their procedural action in the time and space of contingent reality. The artist communicates within aesthetic spaces and within the potential offered by his own artistic research, and thus also in the public place of a broader communicative urban environment. With the presence and multiple coming together of modular generating units. In possible aggregative blocks. In the dispersion of a disseminating virtuality. Redefining itself each time reconstructively. In urban and urbanistic Construction, Deconstruction and Reconstruction. As an aggregative container of shapes and of all that exists in the civil, social and political world”, writes Nicola Carrino in his introduction to the exhibition.

On the upper floor of the gallery, the first Environment thus retraced the artist’s creative process, starting from Progetto Spazio chiuso (Realtà n. 1) [Closed Space Project (Reality no. 1)] of 1959 and the first Costruttivi [Constructives] of 1963. We then move on to the Strutturazioni plastiche [Plastic Structurings] of 1964 and then to the constructive complex consisting of Trasformazione dello spazio/Ellissi. Ellissi. Costruttivi/Ellissi [Transformation of Space/Ellipses. Ellipses. Constructives/Ellipses], with works including some that were shown in a personal room at the Venice Biennale in 1986.

The second Environment, on the floor below, formed a space with 13 different Situazioni aggregative [Aggregative Situations] of the current Ri/Costruttivo 1/69 E.2016 [Re/Constructive 1/69 E.2016], a transformable three-dimensional organism consisting of 57 scale modules in stainless steel, specially created for the exhibition.

These aggregative Situazioni [Situations] are referred to and distinguished by letters and a suffix number based on the number of modules that make up the individual sets, and the numerical order they are in.