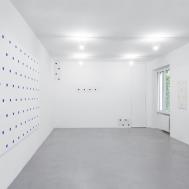 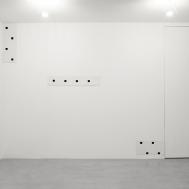 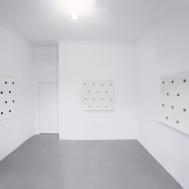 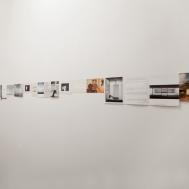 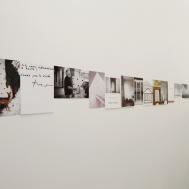 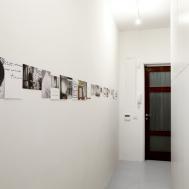 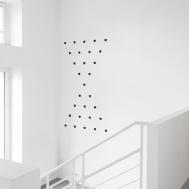 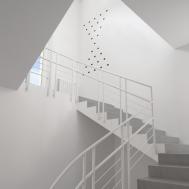 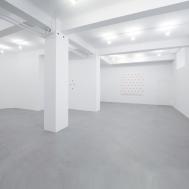 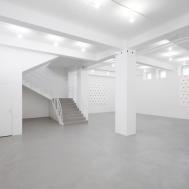 On Tuesday 20 September 2011, A arte Studio Invernizzi opened a solo exhibition of works by Niele Toroni, with paintings on canvas, oilcloth, paper, cardboard and 5 works on wall.
Born in Muralto in 1937, Niele Toroni has lived in Paris since 1959 and “since 1967 he has worked on giving concrete shape to the same operative process: his method consists of a series of strokes using a no. 50 brush. These are traced out 30 cm apart, running across a variety of surfaces (...), each of which becomes a place of epiphany that is as fleeting as it is concrete, as temporary as it is assertive. A place of transformation and of incessant metamorphosis of action in time. At times the impressions run from one surface to another in a succession that gives even greater substantiality to this diversity, the potential of which is not exhausted in the singularity and individuality of the work, but in the never-ending adaptation of the possible consequences of its empirical generation and unfolding.” (Francesca Pola)
“His creative action is indeed an expression of pure feeling, aìsthesis, in its highest, purest form, devoid of any historic or cultural contamination, even though he is fully aware that those threads cannot be severed.
It is here that we find his pioneering, uneschewable radicalism in the creation of impressions of colourlight and works that are always different one from the other in their atom-molecules of spacetime that tangibly constitute them objectively and subjectively.
And here too we find their beauty in the exterior harmony of colourlight, but especially in the originality that noetically connotes them. It is this that captures the feelings of those who, sensing themselves in the endless depths of their invisible meanders and in those of their own souls, are fascinated and inebriated by the harrowing, inaudible howls of the annihilatory chokings of their own evolving spacetime between birth and death.” (Carlo Invernizzi)

A bilingual catalogue with an introductory essay by Francesca Pola, a text by Carlo Invernizzi, and illustrations of the works on show has been published for the exhibition.