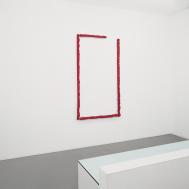 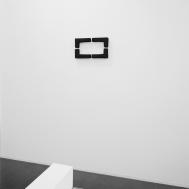 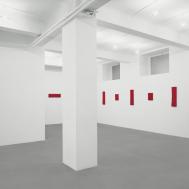 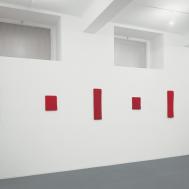 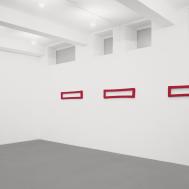 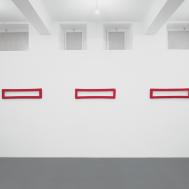 A arte Studio Invernizzi gallery presented on Thursday 17 May 2007 a solo exhibition of the artist Pino Pinelli.
The work Pino Pinelli has conceived for the gallery space modifies the gallery itself, articulating the artist’s work in an environmental dimension.
“For this new exhibition - so Bruno Corà writes - Pinelli has created a double paradigm: on the left side of the exhibition space, the pictorial fragments placed close to each other create a series of rectangular forms recalling the usual parergon of the ‘frame’. The five works include a trilogy of adjacent forms on the middle wall and two works facing each other on the two opposite walls. On the right wall of this space, the fragmentary surfaces of the works tend to recompose themselves in one unit that, in effect, seems to be the plenum of the void I have just referred to on the left wall of the exhibition space.
(...) In both rooms, with their respective paintings, it is evident that Pinelli is suggesting that the systemacity of his work - indicative of the degree of complexity that they have now reached - has, in fact, much in common with his early output: in Pittura GR (1976) with its rectangle made to fit the exhibition space and the Pittura of the 1980s, which the artist ironically described as ‘Neo-geo’. And it is worth noting that the syntactic relationship within Pinelli’s work could indicate a close association between the artist’s latest works and his very early Pittura GR (1973), which appears to link up and renew the whole of his artistic career to date.”
On the occasion of the exhibition, a bilingual catalogue has been published, including an introductory essay by Bruno Corà, the images of the works installed in the gallery, a poem by Carlo Invernizzi and bio-bibliographical notes.