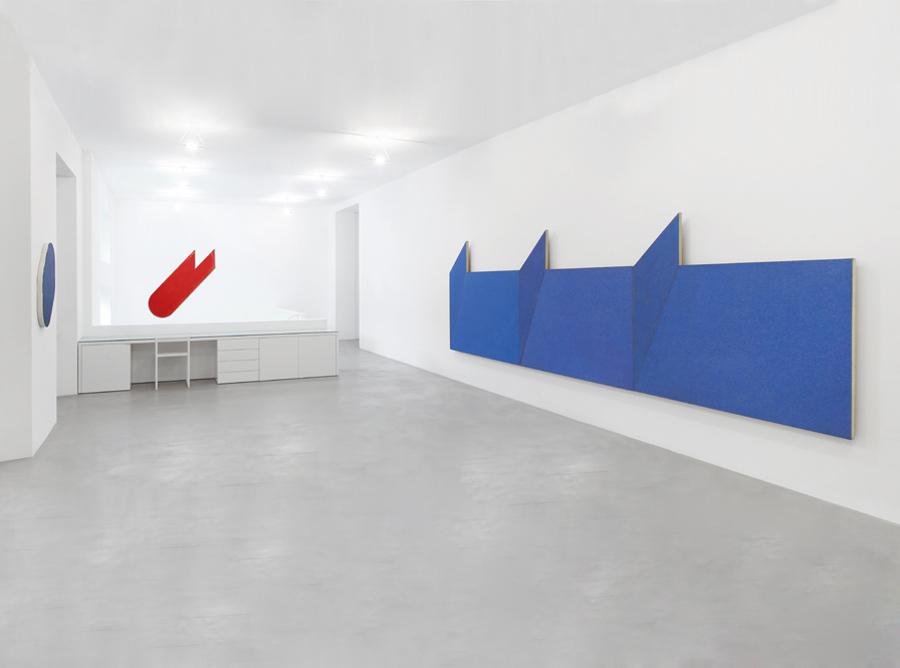 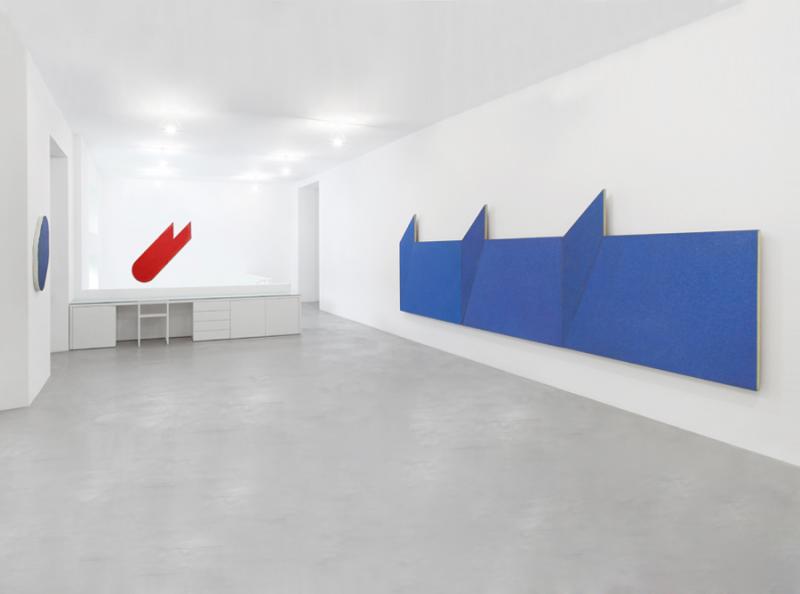 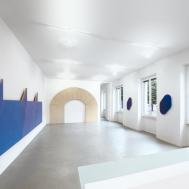 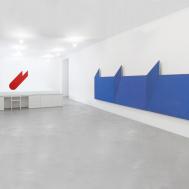 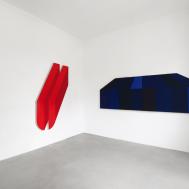 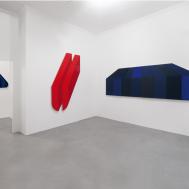 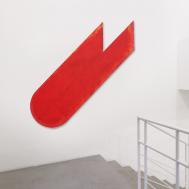 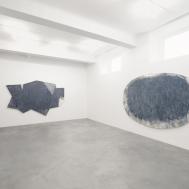 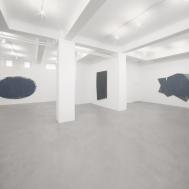 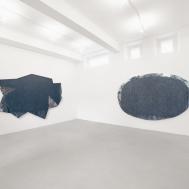 A arte Invernizzi and Lorenzelli Arte galleries opened on Thursday 13 November 2014 two one-man exhibitions of the works by Rodolfo Aricò. The exhibition itinerary, ideated in a unitary way for the two galleries, intends to present and examine the artist’s activity from the middle of the 1960s until the opening years of the 1990s by way of a choice of fundamental works.

The rooms of the A arte Invernizzi gallery housed examples of the Senza titolo series of 1967, works that evidence a reflection which questions the potentialities of formal expressive reduction. During those years and the following decade Aricò analysed and carried out research regarding the diverse structural and expressive modulations bound to primary forms, applying himself to a type of investigation that was not only spatial but also dimensional and chromatic, as can be seen in another work on exhibit entitled Arco B of 1970.
With Area/Prospettiva of 1972, exhibited in the one-man exhibition held at Palazzo Grassi in Venice in 1974, the original geometrical model became a sequence and defined a unitary work, structurally composite, on the surface of which the colour is qualified as a heterogeneous spreading that is made to vibrate thanks to light.
The 1980s, which represent a fundamental turning point in the artist’s coherent and progressive career and that give rise to works such as Cenere of 1987 (also on exhibit in the A arte Invernizzi gallery), unfold in decisive openness with respect to a lyrical dimension in which life and painting create a both heterogeneous and total amalgamation. By way of images Aricò arrived at rendering the drama of human existence. The canvases of this period are structured in less geometrically defined forms with respect to the previous ones based on axonometry or projections.
The artist’s cognition of vital tension as movement capable of the breakage of finite limit accentuated his need in painting to transcribe the totality of the absolute, embodying the perception of it in a sole moment: that of the event of the work. Corresponding to a variation in the shaping of the canvases, one also has a diversification with regards to the spreading of the colour which is rendered ‘multiple’ and irregular. During the 1990s this choice became increasingly more pronounced in his works: examples of these are exhibited both in the A arte Invernizzi gallery (such as Circumflex and Aspro of 1991, the latter characterised by a very angular and irregular structure) and in Lorenzelli Arte. In these last works which close the exhibition installation the various tonal modulations are scratched and crossed by irregular and broken lines: here one has the accentuated sensation that the colour, even if it clearly shows itself, conceals something that eludes the eye, as if the works were suspended, in balance within the description of mankind’s drama.

On the occasion of the exhibition a bilingual monograph, edited by Luca Massimo Barbero, has been published with the reproductions of the works on show and an up-to-date bio-bibliographical notes.