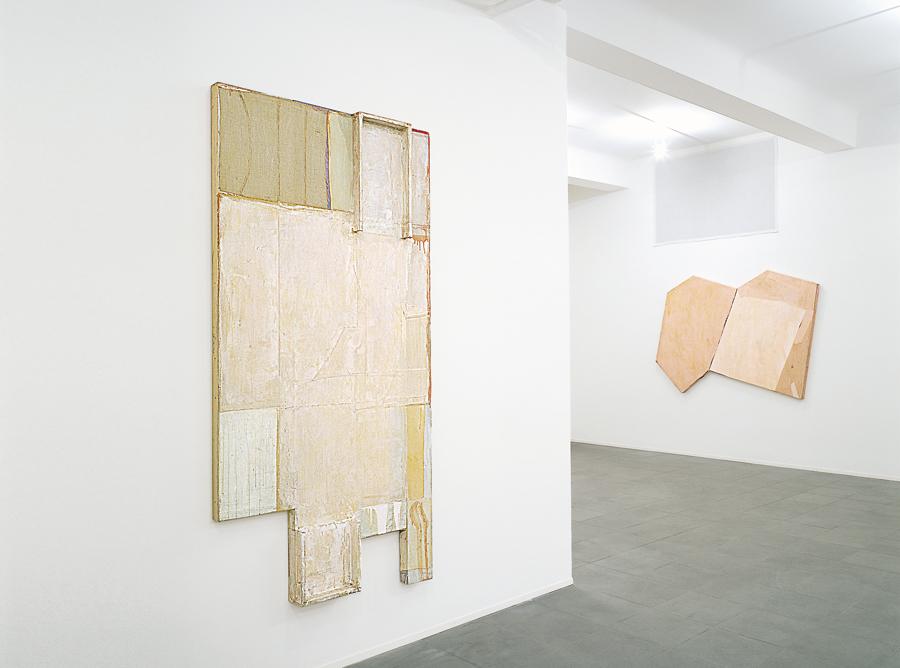 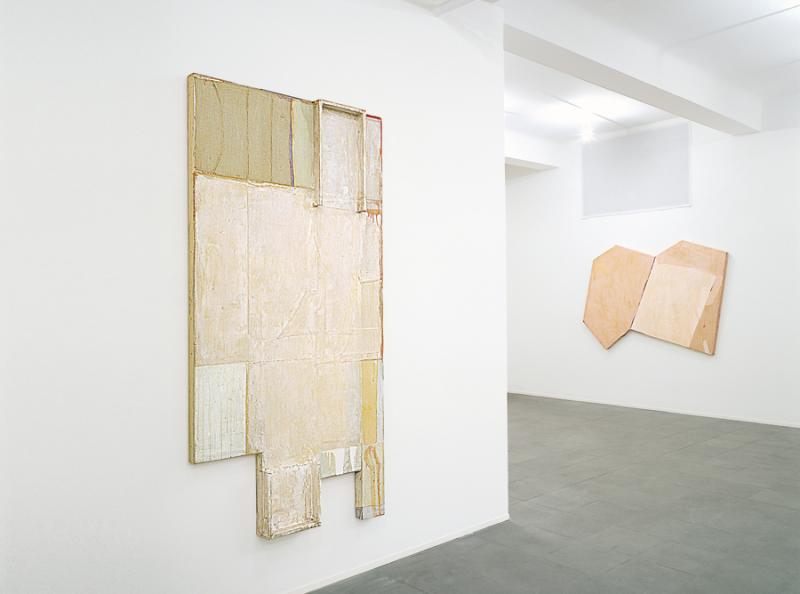 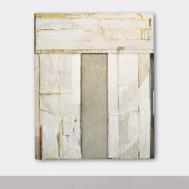 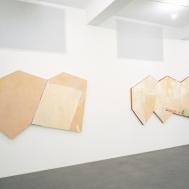 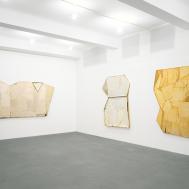 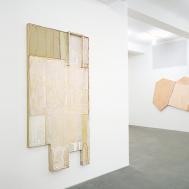 On Thursday 15 January 2004, A arte Studio Invernizzi presented a solo exhibition of Rodolfo Aricò where works on canvas and a series of collages on canvas and paper from 2002 have been presented.
“This measured and symbolic exhibition for A arte Studio Invernizzi provides an opportunity for dealing with Aricò’s output à rebours, starting from what might be described critically and chronologically as ‘The Last Works’. As far as the problem of constructing painting in Aricò is concerned, they gather together and overturn all the artist’s solutions and investigations, summing them up and denying them -as has always happened in his career- and, at the same time, demonstrating the inexhaustible vitality of his inquiry. The difficulty that they display in making themselves understood and the way they make themselves available for fruition is still their distinctive feature, the clear sign of creative uneasiness that is always aimed at actively composing the work as a problem and never merely as a formal solution” (...) “Aricò chooses the most intense light and pale colours in order to exalt his practice and reveal the body of the work, which is avowedly open and exposed in a crucial dissection. It is here that by detaching, cutting, sticking on and then again painting he manages to allow his artist’s resonance -as he would call it- to emerge in that subtle and unnameable colour, the one that he describes as the ‘delicate underlying colour’. But once he has obtained that colour and torn away the surface and the body that oppressed it, the artist goes further: he reacts, he seeks, he literally excavates in the archaeology of thought and practice to reveal the structure, the base, the body of the support and then paints again, superimposes and levels off in the process that allows the compositional rhythms to be deliberately ‘without cadence, without relationships. Rhythms that have lost the reason and quality of arranging the interplay of the aesthetic divisions”: thus Luca Massimo Barbero writes in his essay published in the catalogue of the exhibition, containing the images of the works installed in the gallery, a poem by Carlo Invernizzi and a bio-bibliographical note.