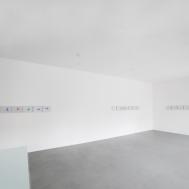 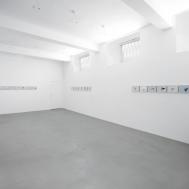 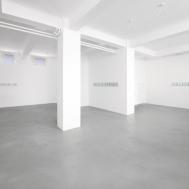 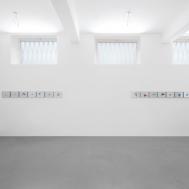 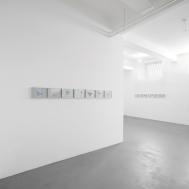 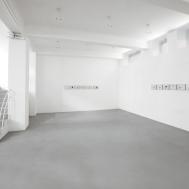 On Wednesday 22 September 2010 at A arte Studio Invernizzi opened a solo exhibition devoted to the works of Ulrich Rückriem, an undisputed master of European sculpture since the mid-1960s. Seventy drawings from the creative cycle that has been at the heart of his work over the past three years will be on show.
The exhibition illustrates a particularly significant moment in Rückriem’s artistic career, which is devoted to the graphic work that has always accompanied his research, and that has recently turned to colour as well.
Each of these drawings comes from an immediate and random approach to the surface: the artist overlays seven sheets of tracing paper and joins up the dots with which he has arbitrarily marked each one. These lines thus generate forms (and, consequently, also spatial relations) which the artist then colours.
Not without a certain degree of provocation, Rückriem considers it important to assert the arbitrary nature of the entire operation which emerges through this process. Furthermore, what distinguishes the artist’s investigations in both painting and sculptural terms, is the real possibility not to exhaust the expressive condition of the work in a single solution. This is because the alternation of dots placed randomly on the sheets presupposes a wide range of formal resources: the freedom of the individual elements to arrange themselves in space and thus, through their interconnections, to be potentially modifiable, according to variable systems that reveal the aesthetic act to be a field of ever-changing forces.

At the same time, an exhibition of works by the German artist has been shown at Ars Now Seragiotto in Padua. Here, he has created two mural works in his ‘Day and Night’ series, in which his graphic works also appear in his wall paintings. The background for one is a white wall while for the other it is black, with a number of drawings interspersed on the surfaces, emphasising Rückriem's focus on the expressive potential of forms in space.
For the exhibition, a two-language catalogue has been published with reproductions of the works on show in the gallery in Milan and in Padua. It will contain an essay by Elena Forin, texts by Dorothee Böhm, and biographical and bibliographical notes.