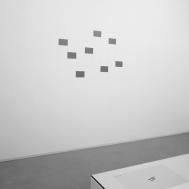 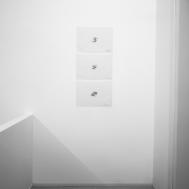 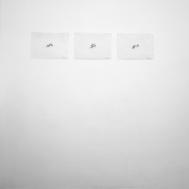 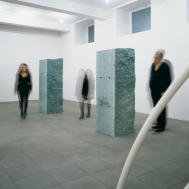 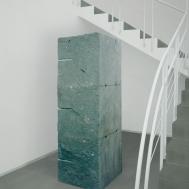 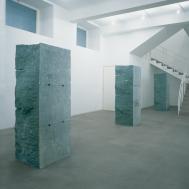 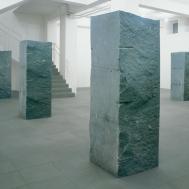 A arte Studio Invernizzi gallery presented on Tuesday 28 November 2006, a solo exhibition of Ulrich Rückriem in which works realized in specific connection with the space of the gallery are presented.
For this exhibition Ulrich Rückriem realized 5 new sculptures that, interacting with the columns of the exhibition space, complement each other and become one thing with the environment.
From the 8 columns, the artist was able to create 92 drawings on acetate paper that show the possibilities of displacing the 8 columns on a chessboard composed by 8 squares each side. No matter how the columns are moved - horizontally, vertically, or sideways - they won’t ever meet, but will remain isolated in the space.
Moreover, the artist presents a graphite wall drawing, specially realized for the occasion, which is taken from one of the possible drawing variations.
On the occasion of the exhibition a catalogue displaying the exhibition, containing a poem by Carlo Invernizzi and bio-bibliographical notes, has been published.